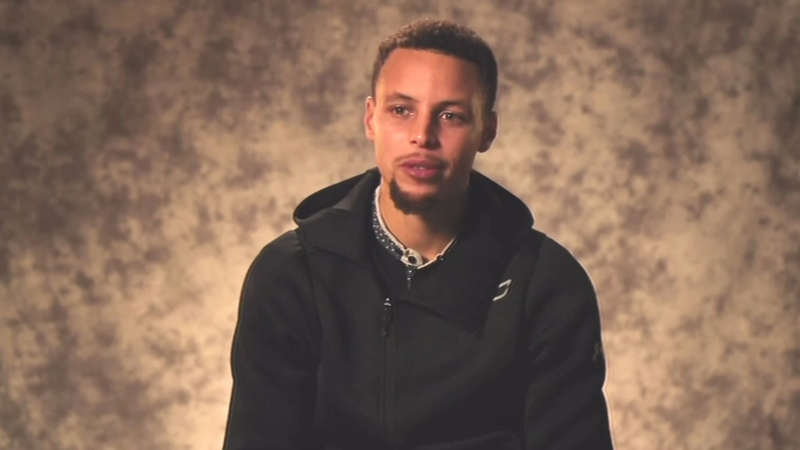 SAN CARLOS, Calif. (KGO) -- Golden State Warriors superstar Steph Curry is speaking out in a new public service announcement that will air during NBA games, starting Christmas Day. The campaign against gun violence has the support of the league, and it's already generating both support and criticism.

"I have a voice and I want to share it and stop gun violence in its entirety," said Curry in the PSA. "I heard about a shooting involving a 3-year-old girl over the summer. My daughter Riley's that age."

Riley's dad speaks for only five seconds, but being who he is, people are going to listen to his concerns about gun violence.

In the Everytown For Gun Safety video Curry says, "Whatever we can do to hopefully change our culture, that's what we're here for. I have a voice, and I want to share it and stop gun violence in its entirety."

The campaign is backed by the NBA. The ad, financed by the group Everytown For Gun Safety, which was started by former New York Mayor Michael Bloomberg. It includes comments by victims of gun violence. The issue resonates in Sunnyvale where 66 percent of voters approved a strict gun control measure two years ago.


"I think the courage to stand up for your convictions is as an American value as any I've ever heard of, and I applaud him and his willingness to take on that risk," Sunnyvale resident Bob Balmanno said.

However, one of the owners of Imbert & Smithers, a gun store in San Carlos, doesn't think much of the campaign.

"I think some people will listen to it, but I think all the people who are in my camp, so to speak, I think they probably will be like, 'It's just another hit piece,'" Jeana Rolsky-Feige from the Imbert & Smithers Gun Store said.

Young fans of Curry say they pay attention to what he says. Yoni Savransky is 8 years old and said it does matter to him what this star athlete had to say.

One person who's giving Curry points for speaking up is Warriors Interim Coach Luke Walton.

"I think it's great for players in the NBA, especially super stars that are role models throughout our country, to step up and say something," Walton said.