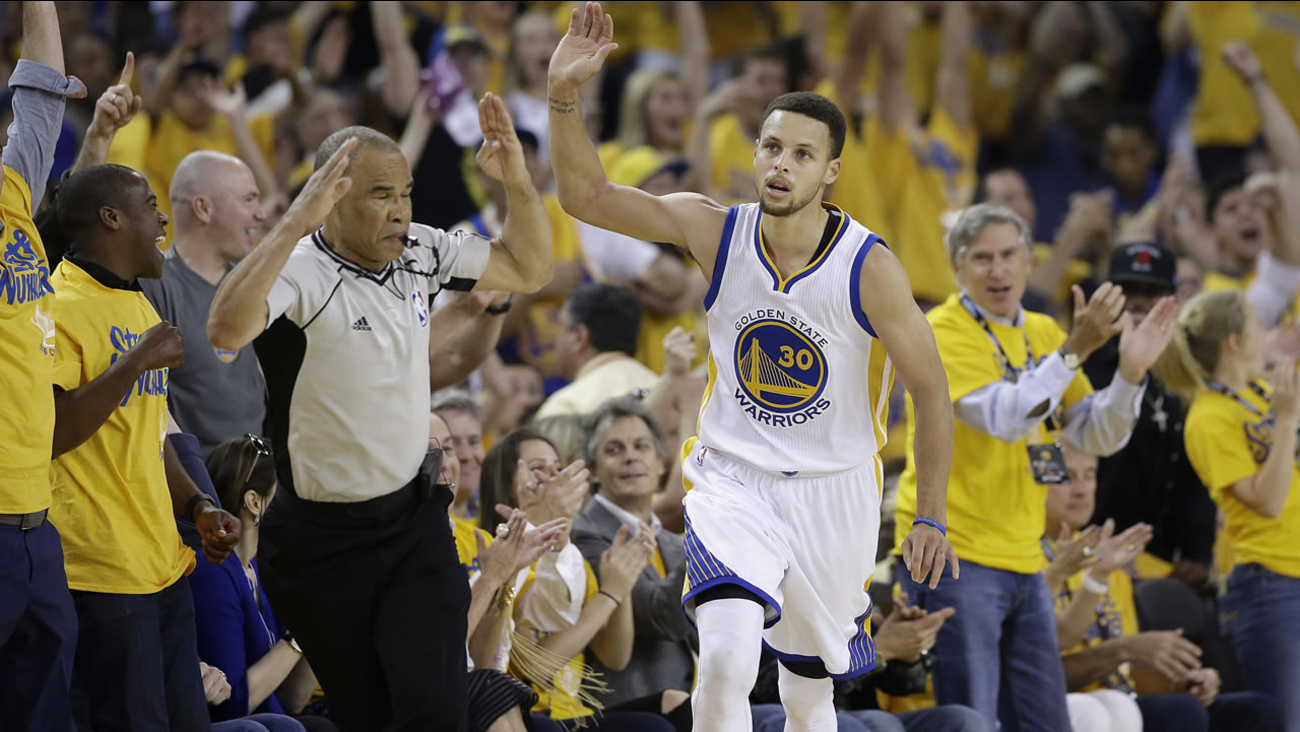 Warriors' Stephen Curry gestures after scoring against Thunder during Game 7 of the NBA basketball Western Conference finals in Oakland, Calif., on May 30, 2016. (AP Photo)

DubsOn7: Warriors vs Cavaliers in Game 3 of NBA Finals Wednesday

The reigning two-time NBA Most Valuable Player has never played in the Olympics.

"After a great deal of internal thought and several discussions with my family, the Warriors and my representatives, I've elected to withdraw my name from the list of eligible players on Team USA's preliminary roster for the 2016 Summer Games in Brazil. I recently informed (USA Basketball Chairman) Jerry Colangelo of this decision," Curry said in a statement.

"My previous experiences with USA Basketball have been incredibly rewarding, educational and enjoyable, which made this an extremely difficult decision for me and my family. However, due to several factors -- including recent ankle and knee injuries -- I believe this is the best decision for me at this stage of my career. It's an incredible honor to represent your country and wear 'USA' on your chest, but my primary basketball-related objective this summer needs to focus on my body and getting ready for the 2016-17 NBA season."

Curry has missed four games during the Warriors' current postseason run because of a sprained right knee. He returned to the lineup on May 9 and has helped lead the Warriors to their second straight appearance in the NBA Finals.

"Since Steph's recent injuries, I've been in contact with him and I was aware that this decision was a strong possibility," Colangelo said in a statement. "We appreciate Steph and his agent, Jeff Austin, keeping USA Basketball updated on his decision process.

"Obviously we are disappointed that Steph will not be available this summer, but we understand these situations arise and we are fully supportive of his decision. Steph is a two-time FIBA World Cup gold medalist who has a lot of equity with USA Basketball and has made great contributions since he first began playing the United States at the 2007 FIBA U19 World Championship. Steph has always represented his country in an extemporary manner, and we are sorry that he won't be able to be with us this summer."

Golden State has a 2-0 series lead over the Cleveland Cavaliers in the Finals and is two victories away from clinching its second consecutive NBA championship.

Team USA coach Mike Krzyzewski and the 12-man roster, which is expected to be revealed in late June, will convene in Las Vegas on July 17 to begin a training camp that spans nearly a week and culminates with a July 22 exhibition game at a site to be announced against 2004 Olympic champion Argentina.

Olympic men's basketball runs from Aug. 6 to 21 in Rio with a 12-team field and the Americans ranking as heavy favorites after gold-medal successes in Beijing in 2008 and London in 2012. The team is 75-1 in a decade under Krzyzewski, who is making his Team USA farewell in these games before giving way to San Antonio Spurs coach Gregg Popovich.

Curry's Golden State teammates, Green and Barnes,each told The Undefeated's Marc J. Spears on Monday that they want to play in Brazil.

"I would love to play," Green told Spears.

Added Barnes: "I'd love to play for Team USA."

Bulls forward Pau Gasol has said recently he won't play for Spain at the Olympics because of the Zika virus.

Without giving names, Gasol said he talked to other athletes who told him they may not participate in the games.

"Some of these athletes are planning to have children in the near future and this could affect them, it could affect the health of their kids and their wives," he said at an event for one of his sponsors in Madrid. "Their health should come first."

ABC7 is your home for the NBA Finals. Game 3 between the Cavs and Dubs in Cleveland starts at 6 p.m. Wednesday, only on ABC7.