Warriors thank Durant, say they will retire No. 35 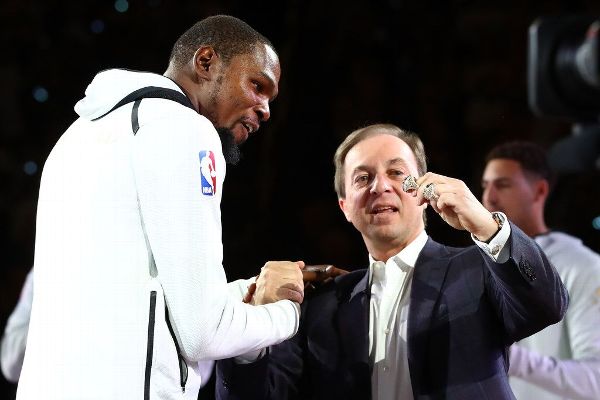 The Golden State Warriors issued a statement Monday thanking Kevin Durant and announcing that no player will ever wear No. 35 for the team again.

The statement, from Warriors co-chairman and CEO Joe Lacob, said Durant "carried himself with class and dignity both on and off the court."

After winning two NBA championships in three seasons with Golden State, Durant will begin the next chapter of his career in Brooklyn, where he plans to sign a four-year contract worth up to $164 million. He will join free agents Kyrie Irving and DeAndre Jordan, who also plan to sign with the Nets.

Durant, who joined the Warriors after spending eight seasons with the Oklahoma City Thunder, won two NBA Finals MVPs during his tenure with Golden State.

"Today, as he starts a new chapter in his incredible career, we thank KD for all of his contributions, for being an integral part to one of the most prolific runs in NBA history and wish him well as he continues his Hall of Fame journey," Lacob said in the statement. "As long as I am Co-Chairman of this team, no player will ever wear #35 for the Warriors again."

The Warriors were quick to recover from the news of Durant's departure, finalizing a sign-and-trade with the Nets for D'Angelo Russell on Monday, league sources tell ESPN's Adrian Wojnarowski, and agreeing to a maximum contract with Klay Thompson, his agent, Greg Lawrence, told Wojnarowski. 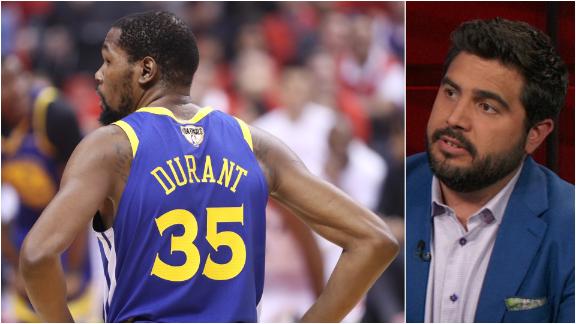 Why are the Warriors retiring Durant's No. 35?
Nick Friedell explains the Warriors' motives behind retiring Kevin Durant's number. 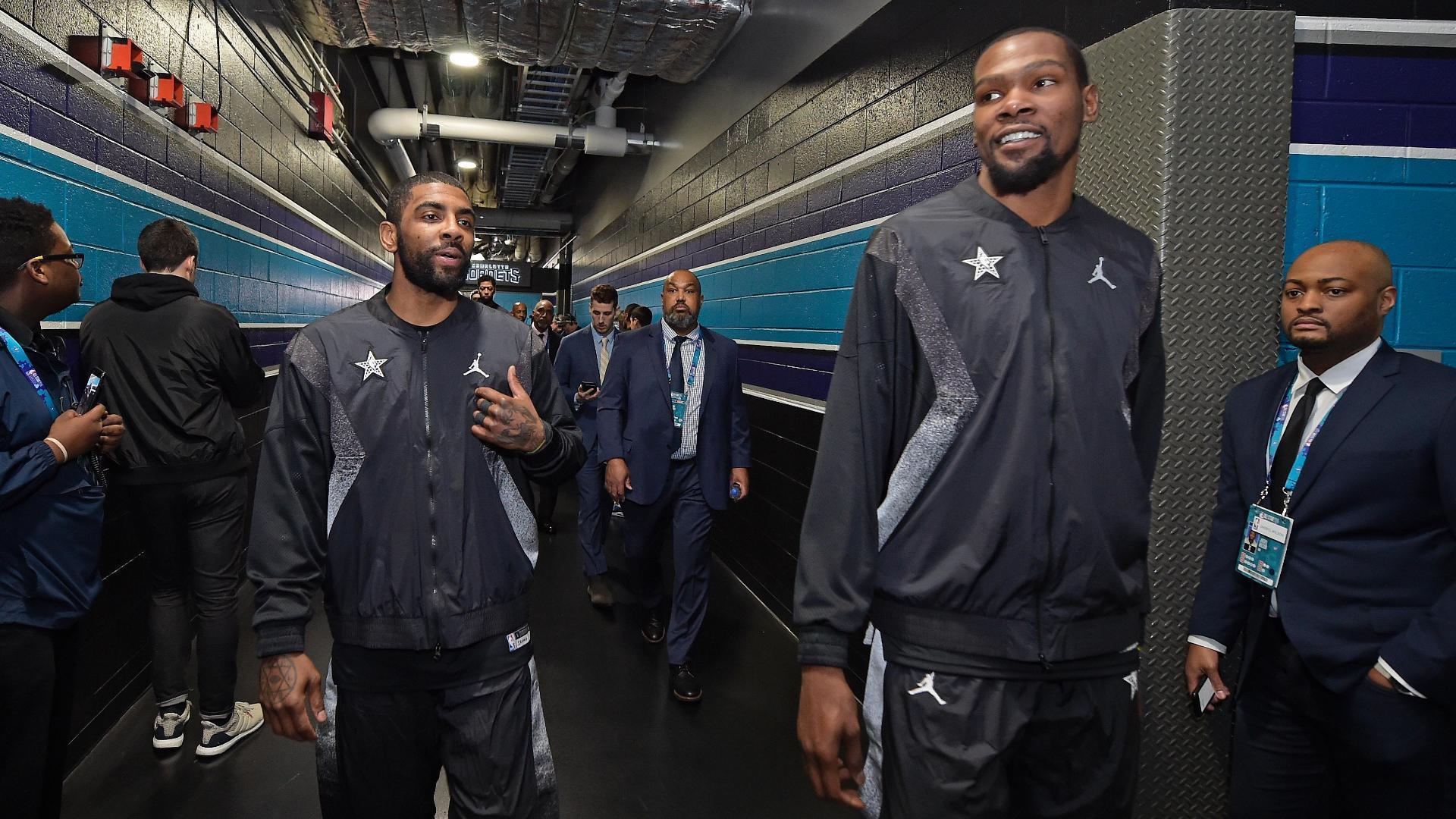