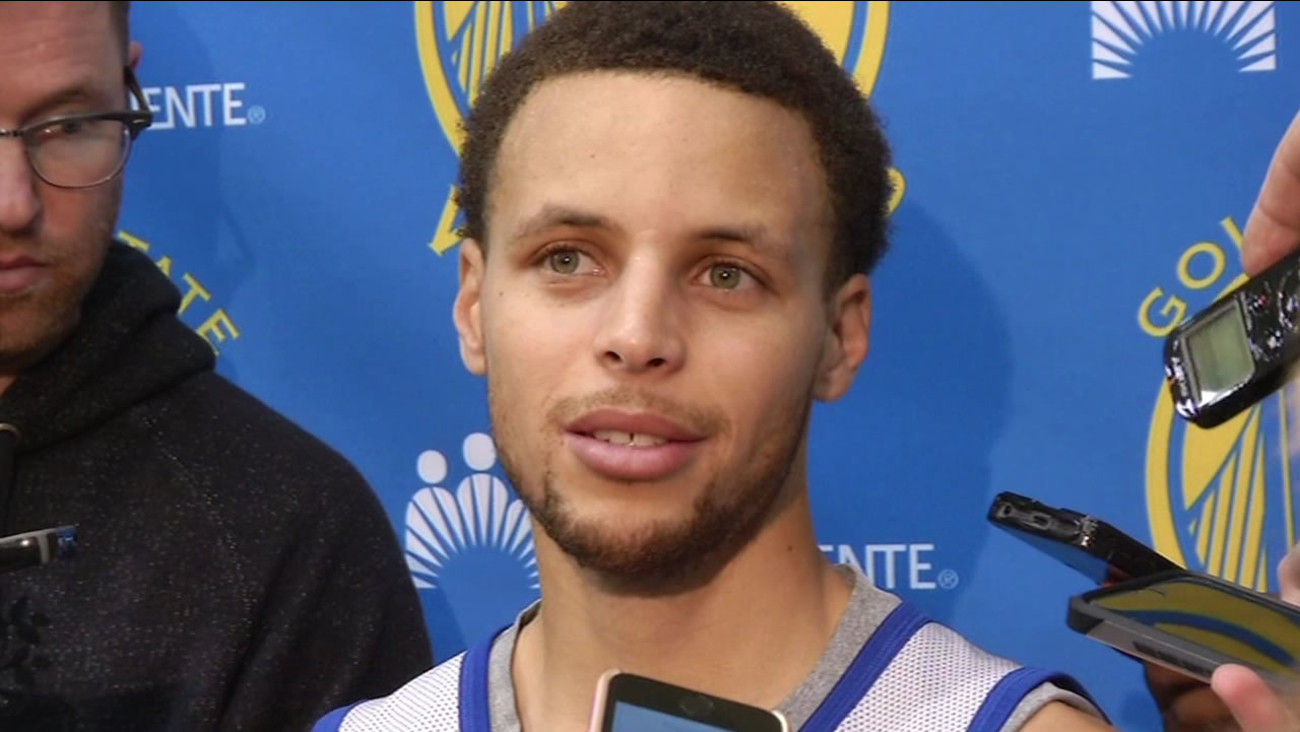 Stephen Curry in a news conference brushes off remarks made by Houston Rockets point guard James Harden as Harden being competitive, May 18, 2015.

The Warriors were practicing Monday in their facility in Oakland as they prepared for an opponent that is almost a mirror copy of the Warriors.

The Houston Rockets even have a hot-shooting point guard who finished second to Stephen Curry for the league MVP. James Harden raised eyebrows this week by saying he deserved to be named MVP. Curry brushed off the remark.

"It comes off strong, but that is how he thinks and he should think that way," Curry said. "He had a great season obviously. It's not like he is talking crazy."

There should be plenty to keep fans interested in this series. Game 1 is Tuesday at Oracle Arena. Tip-off is at 6 p.m. on ESPN.