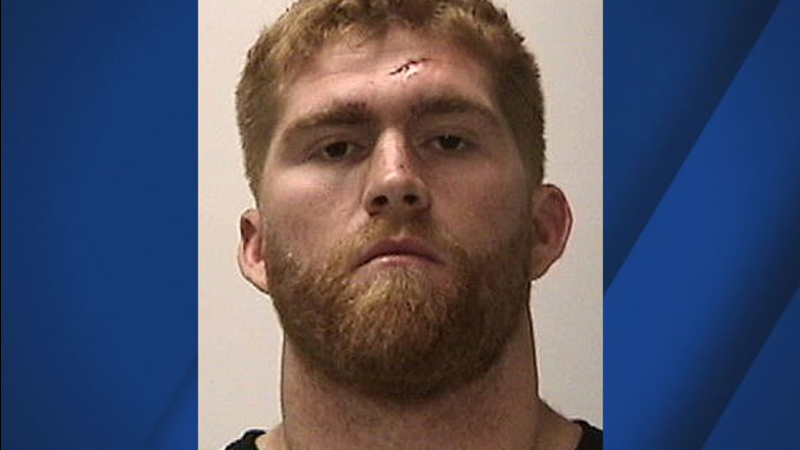 SAN FRANCISCO (KGO) -- ABC7 News has learned that former San Francisco 49ers fullback Bruce Miller expressed misgivings whether he could stay within acceptable boundaries in dealing with others after completing a court-ordered 16-week domestic violence class.

Miller was released from the team after he allegedly got into a fight with a 70-year-old and his 29-year-old son at a Marriott in San Francisco in the Fisherman's Wharf area, but Miller's agent said there's another side to the story.

Miller is set to be in court Friday to face several charges, including elder abuse, making criminal threats and battery.

Taking a 16-week course on domestic violence is often required by the courts, but once it's over there is no follow up.

Miller was required to take the course last year and from all indications, he seemed to get it. He took responsibility for his actions, yet experts in domestic violence say offenders often re-offend.

Miller was in court May 4, 2015 just two months after he was arrested for allegedly grabbing and throwing a cellphone against a wall that belonged to his girlfriend.

It happened at Rivermark Village, a mixed-use center in Santa Clara. Miller pleaded no contest to a charge of disturbing the peace.

ABC7 News reached out to his counselor, but she was not available for an interview. Her evaluation, which is part of public court records, indicated that Miller: "Struggled with setting appropriate boundaries with family, friends, and his victim. He feels implementing and adhering consistently to health boundaries will continue to be challenging."

Given the hesitancy that Miller expressed, could anyone have predicted that he might relapse or become even more violent? Miller was not on probation and therefore was not being monitored.

Kathleen Krenek is the recently retired executive director of Next Door Solutions, which specializes in domestic violence services. She isn't surprised that Miller has gotten into trouble again. "Perpetrators of violence go on to perpetrate violence against others and so that he did that is no surprise to me. We could have predicted that," she said.

Miller's exit interview suggested that he should continue one-on-one therapy with the 49ers team psychologist. Neither the Niners or the doctor responded when ABC7 News asked if that was done.