Who would say no? Dealing for the best aces 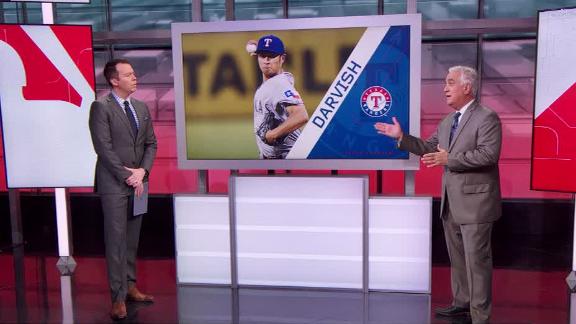 It seems that every playoff contender wants pitching help as the trade deadline approaches. Pitching has been bad this season. Across the majors, teams are scoring 4.67 runs per game, six-tenths of a run more per game than in 2014 and the highest mark since 2007. A few years ago, everyone wanted hitting; now, everyone wants pitching.

The three best starting pitchers in trade rumors are Yu Darvish, Justin Verlander and Sonny Gray. Those are pretty seductive names, three pitchers who have the talent to make a major impact down the stretch and, more importantly, in the postseason. All three could be traded, but it also wouldn't be surprising if none of the three is traded.

Darvish would be the most common type of deadline acquisition: a two-month rental. Although his strikeout rate is down a bit in 2017, Darvish remains one of the most dynamic starters in the majors, certainly a guy who qualifies as an ace, unless your description of ace ends with "Max Scherzer" or "Chris Sale."

Here is what those similar deals returned:


Trade possibilities: The Los Angeles Dodgers, perhaps more interested in a starting pitcher than they were a couple of days ago, had three players on Law's recent top-50 list: RHP Walker Buehler (No. 11), OF Alex Verdugo (12) and RHP Yadier Alvarez (28). No doubt, the Rangers would desire a trade centered around Buehler or Alvarez. The Houston Astros have OF Kyle Tucker (16), RHP Forrest Whitley (36), RHP Franklin Perez (43) and 1B Yordan Alvarez (46). I don't see the Astros trading Tucker for a rental, but Whitley or Perez, both in Class A, would be candidates. If Stephen Strasburg's arm stiffness is something more serious, the Nationals might be interested, though they won't deal OF Victor Robles (4). They might, however, consider OF Juan Soto (42). The Yankees might seek a replacement for the injured Michael Pineda, though their only top-50 prospect is SS Gleyber Torres (2), and they aren't trading him.

What might happen:Jerry Crasnick reported that while the Rangers are lining up potential suitors for Darvish, they also will not lower their asking price to make a deal. And that makes sense. For one thing, they're still in the wild-card race. Also, they'd like to re-sign Darvish, and that's more likely to happen if they don't trade him (ask the Red Sox about re-signing Lester). Yes, the Yankees pulled this move with Aroldis Chapman, but Chapman came with baggage that made it likely that his free-agent market would be more limited than Darvish's. The Rangers also believe that, if they re-sign Darvish, they'll have a better chance of signing Japanese star Shohei Otani if he's posted this offseason.

Contract status: Signed through 2019 with a potential 2020 vesting option if he finishes in the top five of the 2019 Cy Young voting. Verlander is owed $28 million each of the next two seasons, plus about $9 million for the remainder of 2017.

Any Verlander trade would be complicated, as teams are reluctant to take on a big salary and give up premium prospects, so the Tigers might have to eat some of the money. Plus, Verlander isn't having as good a season as he did last year, when he finished second in Cy Young voting. Still, reports of his demise certainly seem premature, and remember that he pitched his best baseball of 2016 in the second half.

Hamels isn't quite the perfect match, as he had three seasons plus an option year remaining on his contract, rather than two. His stats at the time of the trade look better than Verlander's, but after sabermetric adjustments, they're actually pretty close: Hamels had a 106 ERA+, Verlander 96. Hamels was traded with reliever Jake Diekman for a package of five prospects (pitcher Matt Harrison was included merely to offset some of Hamels' contract). Catcher Jorge Alfaro (No. 49 on the midseason list) was the one top-50 prospect at the time, but RHP Jake Thompson and OF Nick Williams both cracked Law's 2016 top-100 list. The best player in the deal, however, might turn out to be pitcher Jerad Eickhoff.

Trade possibilities: The Dodgers can afford Verlander, but they might not consider him enough of an upgrade to trade away a package of prospects. Maybe the Tigers would consider digging into the Dodgers' second tier of prospects, such as 2B Willie Calhoun and RHP Mitchell White. The Milwaukee Brewers could be a surprise team here because their payroll is so low that there is room to bring on Verlander's salary, plus they have a highly rated farm system. The Yankees have the farm system depth to make a Hamels-like trade, with RHP Chance Adams a guy the Tigers would want.

What might happen: A Verlander deal is probably a bigger long shot than a Darvish trade, though Verlander's contract means he's the type of player who could still be traded in August. Verlander had a solid outing on Monday, with nine K's in seven innings. Could that be his final start in a Tigers uniform?

Contract status: Under team control through 2019

Players with Gray's service time are rarely traded at the deadline, and Buster Olney has written that some executives believe that because Gray is still in an Oakland uniform, he'll remain in an Oakland uniform until the offseason. Gray has bounced back from an injury-marred 2016 to look like the pitcher who finished third in the 2015 Cy Young voting.

Pomeranz isn't a perfect comparison, as he had just moved from the bullpen to the rotation in 2016, but he had an All-Star first half, and the Red Sox traded RHP Anderson Espinoza -- No. 14 on Law's midseason rankings -- to get him. Is Gray worth more? Probably, given that he has a longer track record of success if you ignore 2016. At the same time, most felt that the Red Sox overpaid for Pomeranz, though he has had a pretty solid 2017, while Espinoza has been hurt.

Trade possibilities: We again look to the Dodgers and Astros here as likely front-runners. Gray should cost more than Verlander because of his lower salary, so you're probably looking at a premium prospect on the Espinoza level as the centerpiece. The Chicago Cubs might not be done after acquiring Jose Quintana, as they look for another starter they can control past 2017, though after trading Eloy Jimenez in that deal, they don't have another top-50 guy to entice the A's. The Seattle Mariners were mentioned in rumors Monday, but their thin farm system makes a deal unlikely. The Brewers probably would be more interested in Gray than Verlander and could build a deal around OF Lewis Brinson (29).

What might happen: It makes too much sense for the A's to trade Gray. Given his injury history, it's too risky for the A's to hold on to him. The Dodgers and A's made a deadline deal last year with the Rich Hill/Josh Reddick trade. I predict they hook up again. 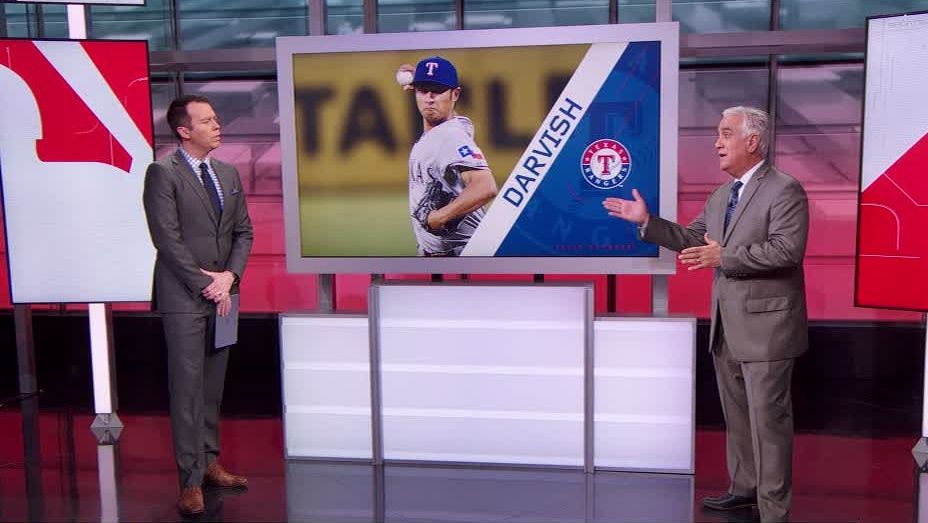