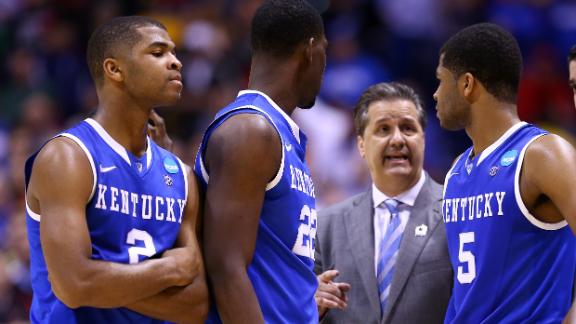 While the Wildcats were stretching in a tunnel during the first semifinal between Florida and UConn, Cauley-Stein briefly peeked out of the Kentucky locker room in a hoodie and sweatpants. He ducked back in after taking a couple pictures with his cell-phone camera.

The 7-footer hurt his ankle earlier in the NCAA tournament, and aggravated it in a regional semifinal victory over Louisville. He was forced to sit out last week's game against Michigan that sent the Wildcats to the Final Four.

Cauley-Stein said Friday he hoped to play this weekend, but it will apparently take reaching the championship game to have a chance.