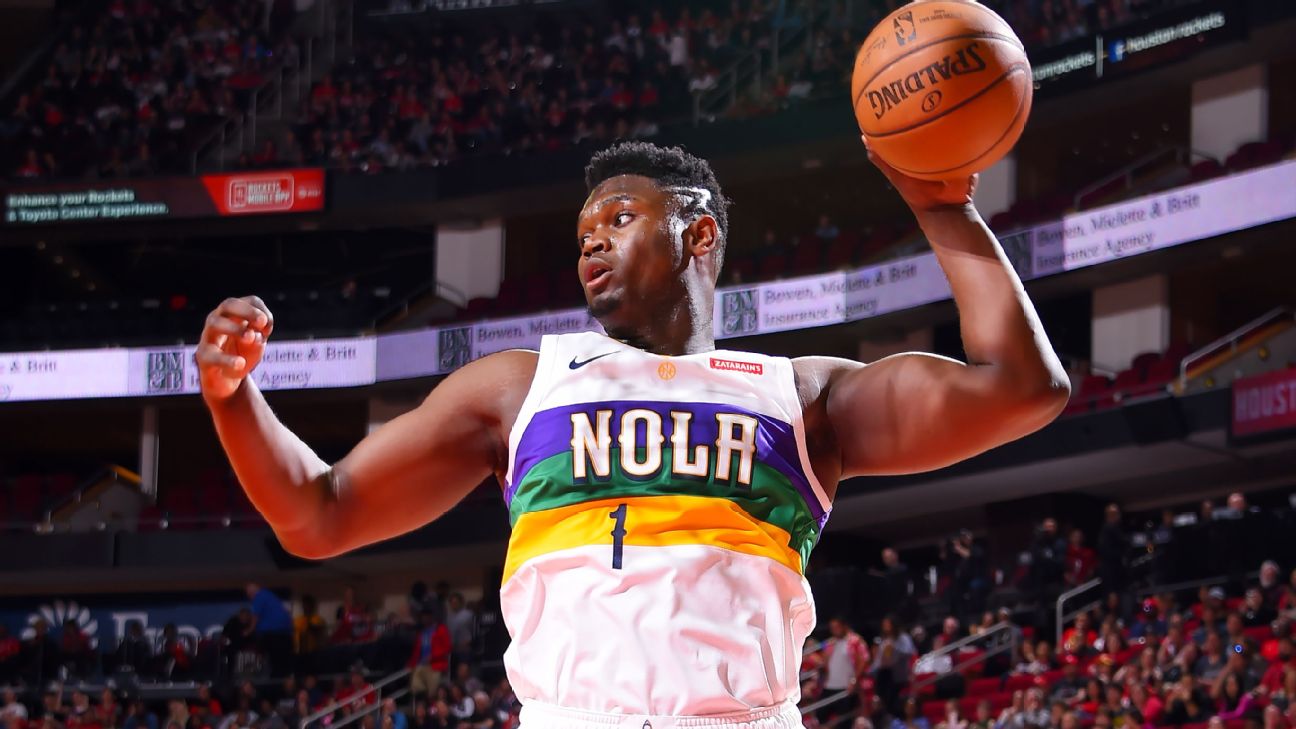 Caesars Sportsbook and other shops around the U.S. had thousands of ways to bet Super Bowl LIV between the Kansas City Chiefs and San Francisco 49ers.

Here is a rundown of some of the interesting ones that cashed, prop bets includingZion Williamson, James Harden and Kyle Juszczyk.

Mahomes was the betting favorite at +110 to take home MVP honors. He did just that, throwing for 286 yards and two touchdowns (along with two interceptions).

Mahomes ran in the first touchdown from 1 yard out with 31 seconds left in the first quarter to cash in at 14-1 odds at Caesars Sportsbook.

This was one of the most popular public bets, as it opened 27.5 at William Hill and got as high as 36.5. Mahomes had 44 rushing yards until the final drive of the fourth quarter, during which he took three extended kneel-downs -- and lost 15 yards. He finished with only 29 rushing yards, in one of the worst bad beats of the Super Bowl for bettors.

Over for Chiefs offensive players

Most of Kansas City's skill-position talent came up huge, as Williams cashed his over with 104 yards on 17 carries and Watkins (98 yards on five catches) and Hill (105 yards on nine catches) easily went over their totals.

Under for big-time tight ends

Two of the best tight ends in football each didn't have big games, with Kittle (36 yards on four receptions) and Kelce (43 yards on six receptions) both staying well below their totals. The longest reception by either player was only 12 yards.

If you were holding a positive Kyle Juszczyk prop, chances are that it cashed. The fullback caught three passes to soar over his total of 10.5 yards and scored a touchdown. He almost caught a second but was ruled down at the 1-yard line. Juszczyk scoring a touchdown wasn't a good result at Caesars, as director of trading Jeff Davis called it a "disaster."

Williamson had a good game, scoring 21 points and adding 10 rebounds in a 117-109 loss to the Houston Rockets. The high-scoring Chiefs were held down for three quarters by the 49ers' defense but ended up producing 31 points to push. Mahomes threw two touchdown passes, and Williamson had only one assist.

Harden nearly pulled off a triple-double against the Pelicans, scoring 40 points to go along with 10 rebounds and 9 assists. However, this prop was never really in doubt after Watkins' strong first half on the way to 98 yards receiving for the game.

Distance of first made field goal in Super Bowl LIV (38)

This prop at the Westgate Las Vegas SuperBook was as close as it gets. Antetokounmpo had a big game against the Phoenix Suns on Sunday, posting 30 points and nine assists. Robbie Gould got the 49ers on the board, kicking a 38-yard field goal with 7:57 left in the first quarter. 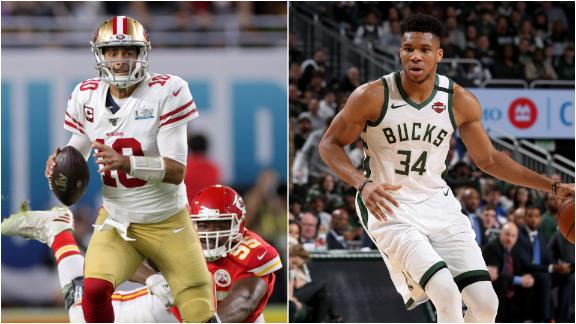