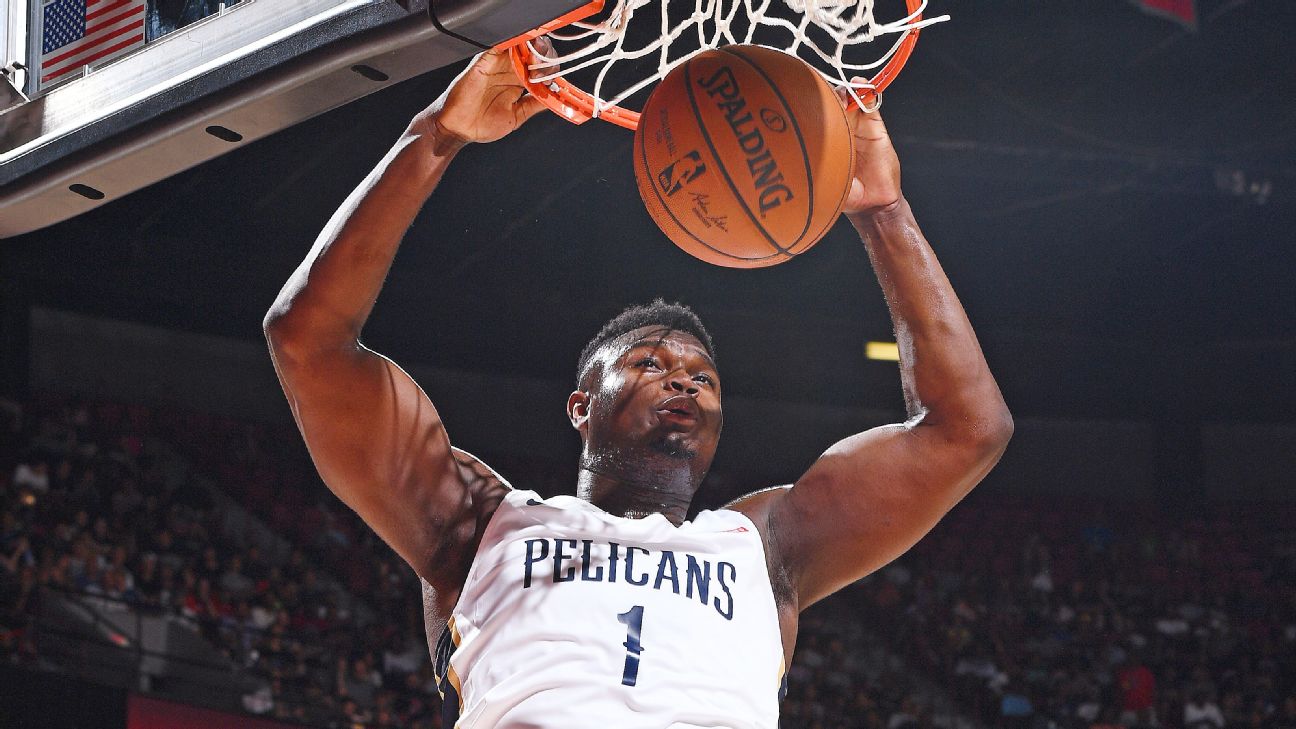 LAS VEGAS -- Zion Williamson took in the New Orleans Pelicans' Monday night game from the sideline, having been shut down after playing for just nine minutes on Friday night. The team said he knocked knees with another player in Friday's game and suffered a bruised left knee.

"It was more precautionary," Williamson said of sitting out of the remainder of Las Vegas Summer League.

Even without Williamson, the Pelicans defeated the Chicago Bulls 109-72 on Monday night.

"I'm a competitor," Williamson said. "Whenever I can play, I just want to play."

Williamson came into summer league hovering around 284 lbs. When asked whether or not he has any specific goals regarding his weight and getting into game shape, Williamson refrained from providing specific goals.

"I'll let the trainers help me with that," Williamson said.

Even though Williamson was on the bench, fans swarmed to him as he exited the court. He spent 10 minutes signing miniature basketballs and posters for attendees.

On Friday, when Williamson made his debut, the atmosphere in the building was even more raucous. The Thomas & Mack Center was sold out for the game.

"The energy was high, and it was actually my first taste of actually playing against NBA players," Williamson said of his debut. "so it was great." 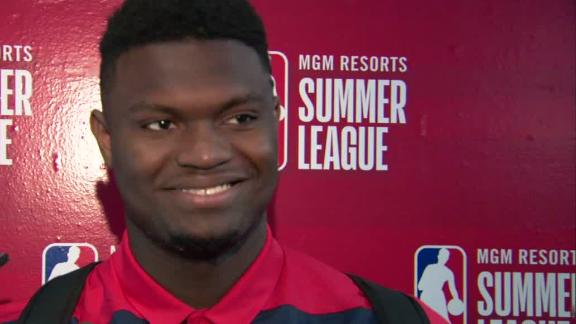