KGO
By by Vic Lee 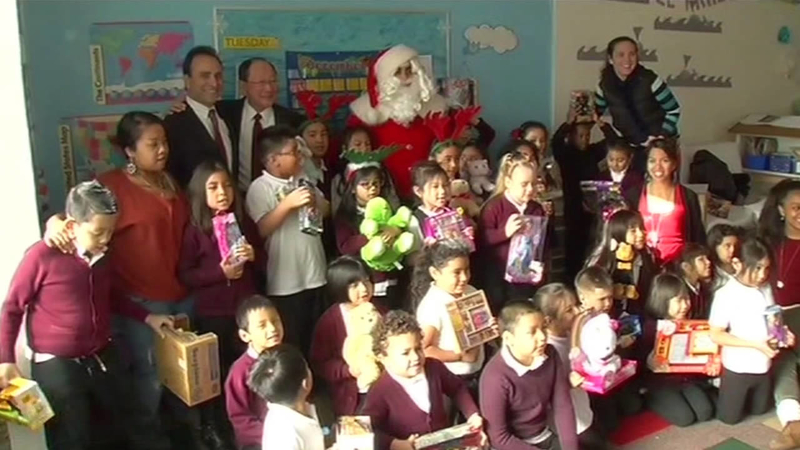 SAN FRANCISCO (KGO) -- Some kids who go to school in the heart of San Francisco's tough Tenderloin District got an early Christmas on Friday and it was all because of a local restaurant owner with a big heart.

It was a big surprise for kids when Santa came early to City Academy.

For many children, the Tenderloin school is a refuge from the struggles of outside life.

Some kids ABC7 News spoke thought it was cool Santa showed up early with gifts.

He was deeply touched by a story ABC7 News aired last year just before Christmas. The story was about the heartbreaking journals students wrote about the challenges in their young lives. One child wrote, "living without my dad is like living without a heart. No emotions come through me without him."

At Christmas last year, Bovis brought Santa and gifts for everyone just like he did Friday.

Bovis also gave their families turkeys during this Thanksgiving and took the kids to a ballgame, but Christmas is special. "It touches your heart and you feel like you have to do something and again, we don't want any kid to wake up without a toy," he said.

This year, Trader Joe's also gave toys. This, in addition to the hot lunches they donate every school day to the school. "Just being able to see the joy in the kids here and also associate and have such a good relationship with City Academy really goes a long way," Trader Joes employee Ben Bradbury said.

For many of the children at this school, the toy they received will be one of the few they'll get for Christmas.