Stabbing becomes focus of public comment at BART Board meeting

Stabbing becomes focus of public comment at BART Board meeting

HAYWARD, Calif. (KGO) -- The issue of this week's stabbing death at the BART station was not on Thursday's Board of Directors agenda, but it made its way into the meeting. Speakers consistently pointed to the stabbing as an example that more needs to be done.

Board President Bevan Dufty started the meeting with a moment of silence for the man who was killed, who was identified by the coroner as Oliver Williams, but who relatives know as 49-year-old Tyrone Hodges. They say he was weeks away from becoming a grandfather.

When the public comment section of the meeting started, it became clear that safety is on people's minds.

RELATED: Suspect in deadly stabbing at South Hayward BART station due in court

"There are safety issues that I was not trained to handle," said new station agent Suzanne Gamble.

She told the directors about watching nearly 30 people an hour jump the fare gates and about a scary experience she recently had at the South Hayward station.

"I called the police on a man that was chasing a woman onto the train at South Hayward. He hurdled the gates to get at her," she said.

Another station agent also brought up the issue of people not paying their fare.

"I think that enforcement of fare evasion will lead to reduction of other crimes in the system because the people who are doing crimes on the trains aren't paying for their ride in general," said station agent Jacob Lilja.

But instead of calling for urgent action, he also expressed concern for the working class who can't afford BART.

"There needs to be some affordable fare for them before fare enforcement or they will be caught in a trap and will be criminalized and penalized for their poverty," he said.
Train operator Michael Granat also mentioned the stabbing during his comments about D Cars.

"I think recent events like what happened on Tuesday shows we do have safety issues at BART," he said.

He was at the meeting to suggest that D cars be moved to the back of the train. D cars cannot be passed through so he thinks they should not be placed in the middle of the train, only at the end.

"I think it is realistic to consider there will be other incidents and I think that when people are being threatened and trying to get through they need way to get through. If you impede their access, you are denying them that," said Granat.

The BART board has selected new gates to cut down on fare evaders but is still looking at funding.

BART is also having officers work overtime right now to increase police patrols. The General Manager also has said they have hired 54 more officers this year, which he says is a record.

The Bart board meeting started this morning with a moment of silence for the man who was stabbed to death at the South Hayward station earlier this week. pic.twitter.com/02yRUlDjEF 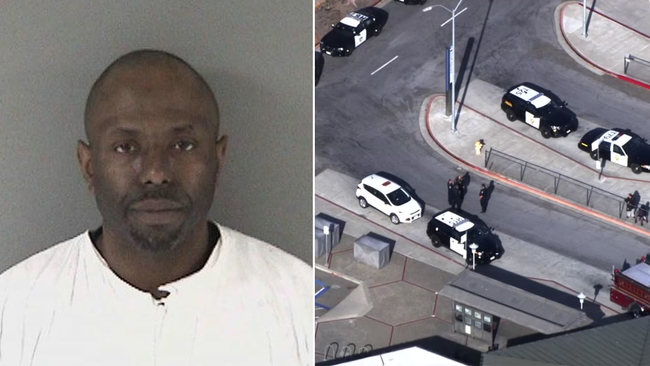 What will it take to get Bay Area commuters back on BART?
More Videos
From CNN Newsource affiliates
TOP STORIES
12-year-old girl dies after shooting in Antioch