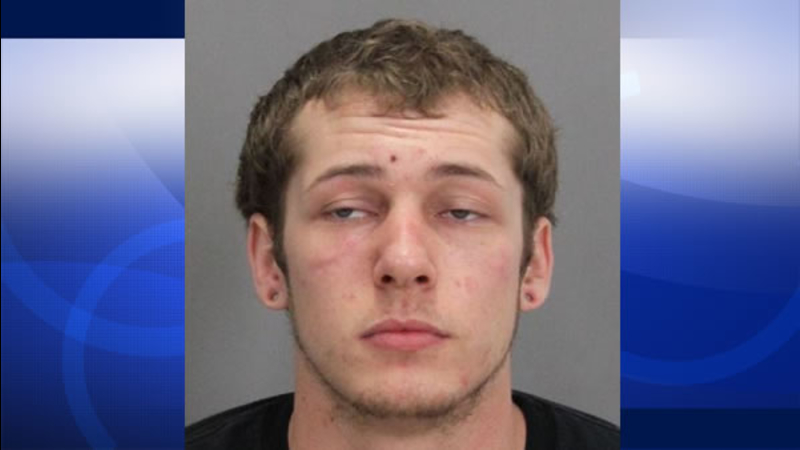 SAN JOSE, Calif. (KGO) -- Police say a man was stabbed many times outside his car with his 5-year-old child in the backseat.

Travis Painter, 21, is accused of the stabbing, but Painter says he was just defending himself. The incident started because of road rage.

The incident happened on a cul-de-sac just after 7 p.m. in a quiet residential neighborhood that looks like a safe place for trick-or-treaters, not somewhere you'd expect a street brawl.

"There were actually police with shotguns drawn out and they were going around the neighborhood," said Choon Beng Ng, a neighbor.

Investigators say Painter was arrested for assault with a deadly weapon after he stabbed a man several times in front of his house.

The man who was stabbed had his 5-year-old son in his back seat. The child watched the whole thing.

Painter has been released on bond. ABC7 News went to his home, but no one answered the door. He did speak with our media partner, the San Jose Mercury News.

Painter says the man cut him off on McAbee Road and then followed him all the way to his neighborhood. He says the man attacked him on his own front yard, so Painter pulled out a pocket knife to defend himself. He told the Mercury News he had no idea a child was in the other vehicle.

"It befuddled me that he proceeded to do what he did when he had his kid in the car. It's 137 percent self-defense. The guy was on my property attacking me," Painter told the newspaper.

According to police, Painter's parents stopped the fight and called 911.

Police did not identify the 36-year-old who was stabbed. He was sent to the hospital with non-life threatening injuries.