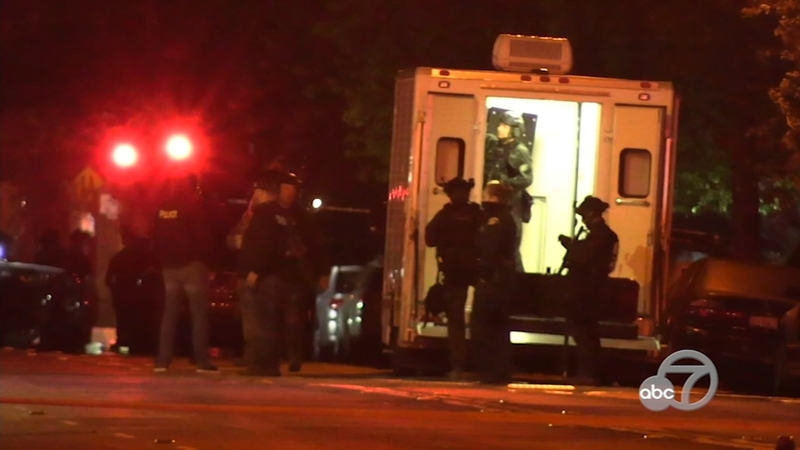 SAN JOSE, Calif. -- A suspect is in custody Thursday morning after barricading himself inside a home in San Jose following a fatal shooting Wednesday, police said.

Officers had responded at 5:13 p.m. Wednesday to a report of a shooting in the 900 block of North Fourth Street, where a man had life-threatening injuries. He later died at the hospital and is San Jose's 12th homicide victim in 2021, police said Thursday.

Officers located the suspect, who barricaded himself inside a residence. A standoff ensued overnight and into Thursday morning, with police evacuating surrounding homes.

Shortly after 8:45 a.m. Thursday, San Jose police wrote on Twitter that the suspect had been taken into custody and had a self-inflicted gunshot wound that is life-threatening.

No other details about the suspect or victim were immediately available from police.