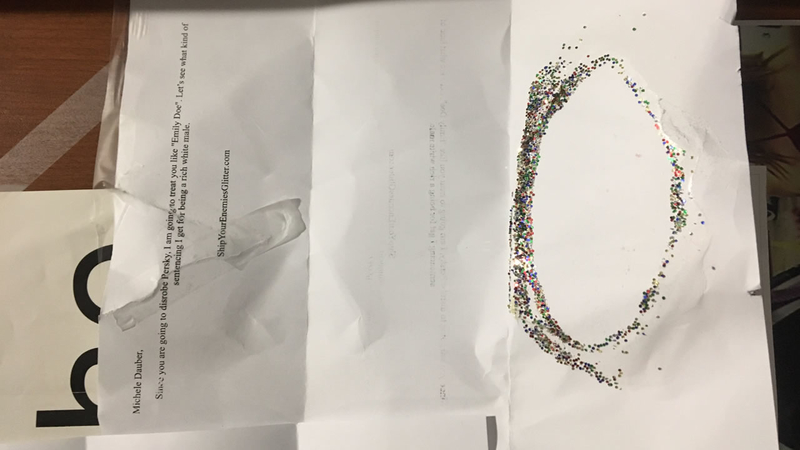 PALO ALTO, Calif. (KGO) -- Parts of the Stanford University campus were shut down on Wednesday after an envelope with white powder in it was discovered at the Neukom Law School Building.

ABC7 News has learned the envelope was addressed to Professor Michelle Dauber, who has led the recall effort of Judge Aaron Persky, who presided over the Brock Turner trial.

Dauber tells us in addition to the envelope with the suspicious white powder, there was also a "rape threat."

Stanford officials say the note stated: "Since you are going to disrobe Persky, I am going to treat you like 'Emily Doe'. Let's see what kind of sentencing I get for being a rich white male."

Stanford says that the white powder has been investigated and was found to be harmless.

The building has reopened to the public.

Dauber says, "Judge Persky's campaign continues to use hate-filled language and continues to actively defend Brock Turner and attack Emily Doe and me personally. The verbal attacks have continued to escalate.

#BREAKING: We just spoke to the #Stanford professor who received an envelope containing white powder (and glitter) -- along with what she says was a rape threat. Picture below. Full story coming up on @abc7newsbayarea at 5pm. pic.twitter.com/yOhEzHiZzX