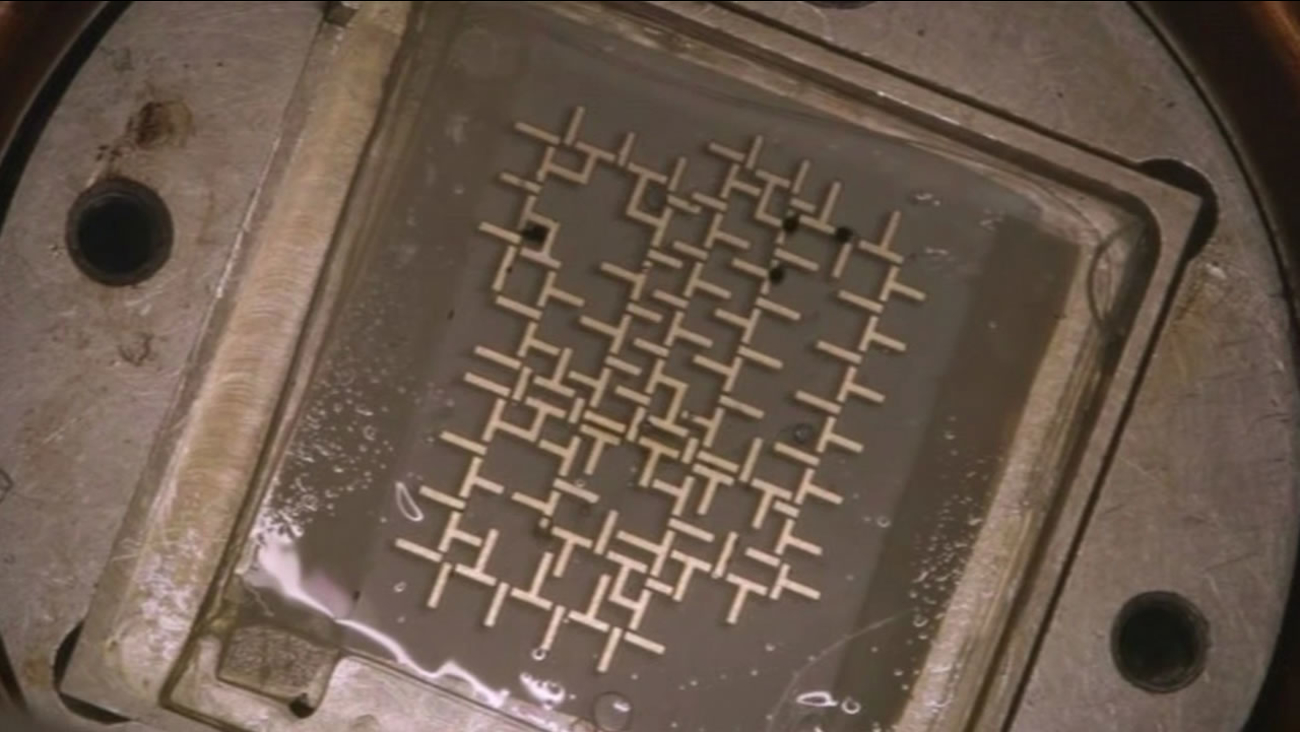 A Stanford University professor developed a computer chip that uses moving water, instead of electrons. (KGO-TV)

STANFORD UNIVERSITY, Calif. -- A professor at Stanford University has created a computer that runs on water.

He created a computer chip that looks like a Pac-man maze. It runs using moving water, instead of electrons.

The computer doesn't function like a normal computer used to process information. The goal instead is to control and move physical matter, like a miniature 3-D computer.

For example, it could one day produce custom medications on the fly.