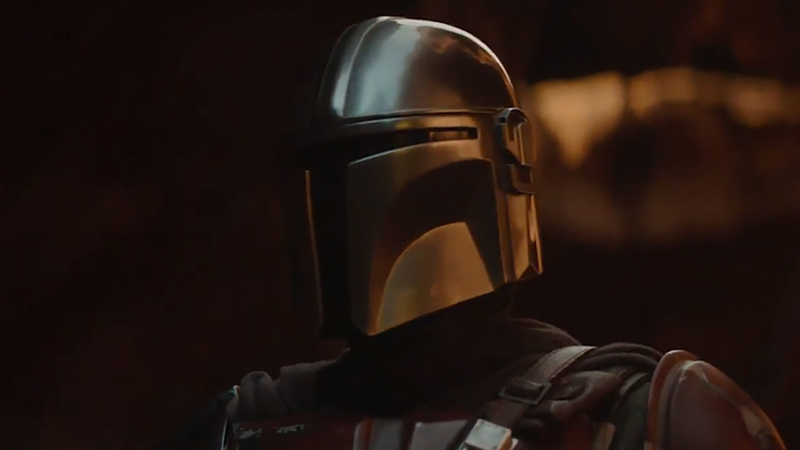 "Bounty hunting is a complicated profession," teases the new trailer for "The Mandalorian," an original Star Wars series set to debut in November on Disney+.

Check out the new trailer that debuted on ESPN during Monday Night Football:

“Mandalorian, look outside. They’re waiting for you.” Watch the brand new trailer for #TheMandalorian, an original Star Wars series. Start streaming Nov. 12, only on #DisneyPlus. pic.twitter.com/vrJShMVx3m

Here's how Disney describes the series: "After the stories of Jango and Boba Fett, another warrior emerges in the Star Wars universe. 'The Mandalorian' is set after the fall of the Empire and before the emergence of the First Order. We follow the travails of a lone gunfighter in the outer reaches of the galaxy, far from the authority of the New Republic."

Disney+ launches in the United States on Nov. 12, 2019. The streamer will offer decades of films and series from Disney, Marvel, Pixar, Lucasfilm and National Geographic. It will be the exclusive streaming home for Disney films released in 2019 and beyond, like "Frozen 2," "Captain Marvel," "The Lion King," "Star Wars: The Rise of Skywalker" and others.

In addition to "The Mandalorian" series, Disney is also developing a number of original projects for the streaming service, including "The World According to Jeff Goldblum," holiday film "Noelle," "High School Musical: The Musical: The Series" and a re-imagined version of "Lady and the Tramp."

Disney also announced this summer that Ewan McGregor will reprise his role as Obi-Wan Kenobi in a new, untitled Star Wars series in the works for Disney+.

The new "Mandalorian" trailer came a week after Disney dropped the final trailer for "Star Wars: The Rise of Skywalker." Click here to watch that trailer.