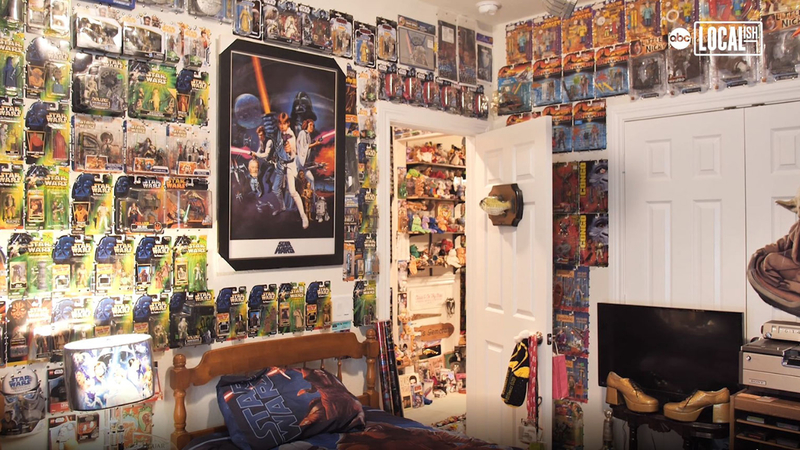 HOUSTON, Texas -- The Force is strong with this one! Sci-fi fan Johnnie Parker has dedicated an entire floor of his Houston home to a galaxy far, far away.

For the past 35 years, he's been collecting Star Wars memorabilia, from action figures to cereal boxes, a Chewbacca Chia pet, ornaments, model ships, a toilet paper holder that plays theme music, and much more.

"I really had a good time collecting it," said Parker. "But it's not actually the buying, it's actually the chase that's the fun part. It's my passion."