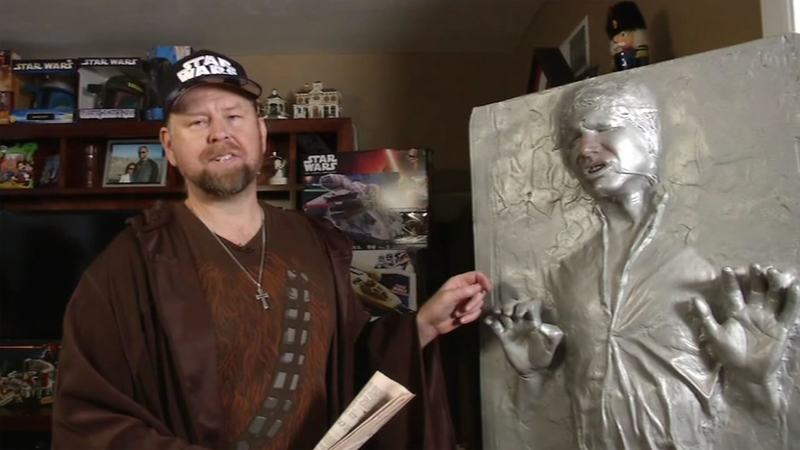 SAN FRANCISCO (KGO) -- The craze around the new "Star Wars" movie is enough to awaken the force in everyone. But for one man from Martinez, the force never sleeps. 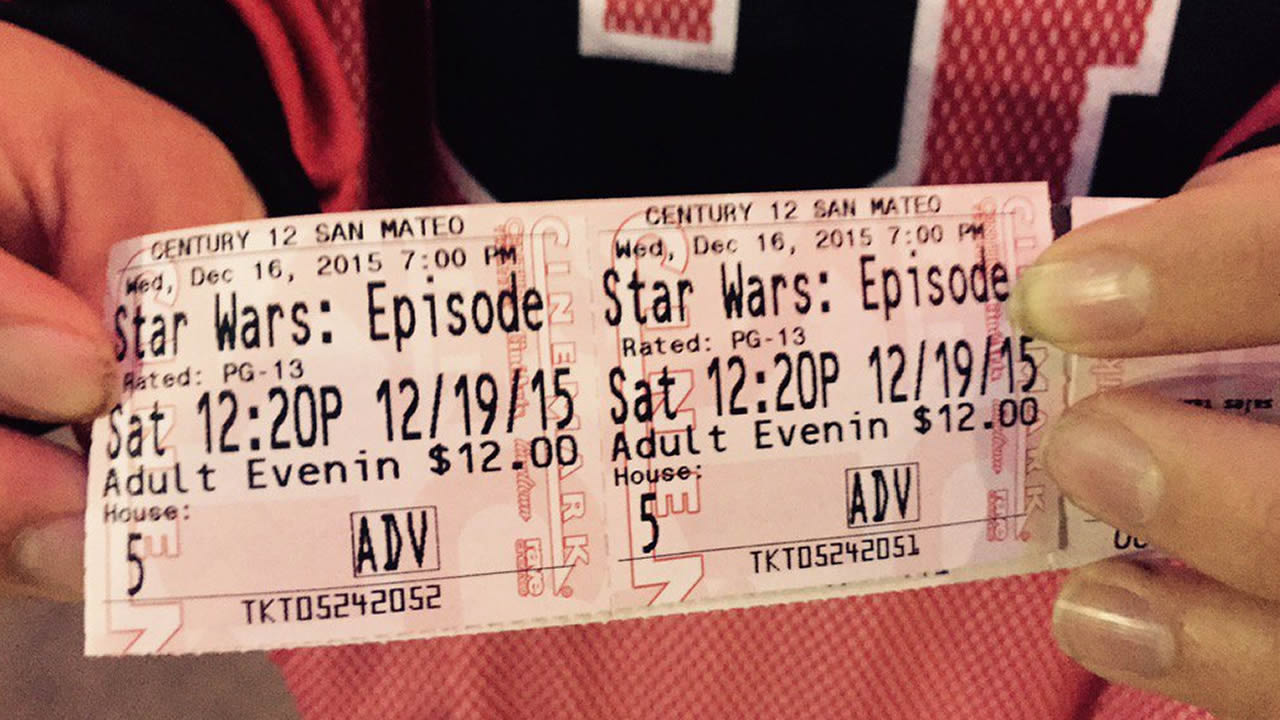 Frisque says it's not so much money but hard work that's helped him amass a veritable museum of "Star Wars" props, costumes and toys. "I have 20 different light sabers. I have four different blue, two different green," he said.

Sometimes it's meant traveling the globe. "I actually had to pay 50 percent of a seat on an airplane for him (Yoda) to ride with me," Frisque said.

Other times it's meant getting creative. "This one right here you're looking at, it actually doesn't exist. I made about 100 custom figures," he said.

For one "#StarWars" fan, the force never sleeps and @BloomTV took a tour of his fan cave. https://t.co/01f4UKwnOs pic.twitter.com/NuPs6Y0SLL

And some nearly one-of-a-kind oddities. "This is the very end of 'Empire Strikes Back' when Han is encased in carbonite by Darth Vader and then taken by the bounty hunter Boba Fett," Frisque said.

What's in Frisque's living room is only the tip of the iceberg, he has a two-car garage and a shed in his backyard full of "Star Wars" trinckets. For more than three decades, he has amassed enough "Star Wars" memorabilia that he could fill entire galleries, and he has. When he lived in Colorado he set up displays at the mall, recreating scenes from the movies.

"So you could walk and you would see the movies told in chronological order by action figure diorama," he said.

Of over 20,000 figures, who's his favorite? Well, that's easy, the one he's trained his dog to impersonate -- Chewbaca.