J.J. Abrams and Daisy Ridley admit what they stole from Star Wars set 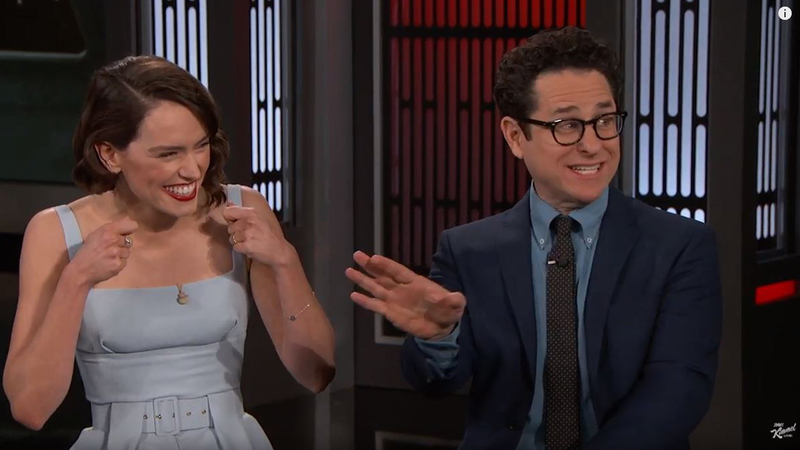 J.J. Abrams admitted on Jimmy Kimmel Live that he stole D-O, the new droid appearing in the upcoming Star Wars film, from the set as filming wrapped up.

Daisy Ridley also spoke up during the interview saying she was now the owner of an official lightsaber from the film.

The cast said only a few dozen people had seen Star Wars: The Rise of Skywalker in its entirety ahead of its release Dec. 20.

In addition to interviewing the cast himself, Kimmel also recruited some young Star Wars fans to ask them some often hilarious questions.

Star Wars: The Rise of Skywalker opens in theaters Dec. 20.