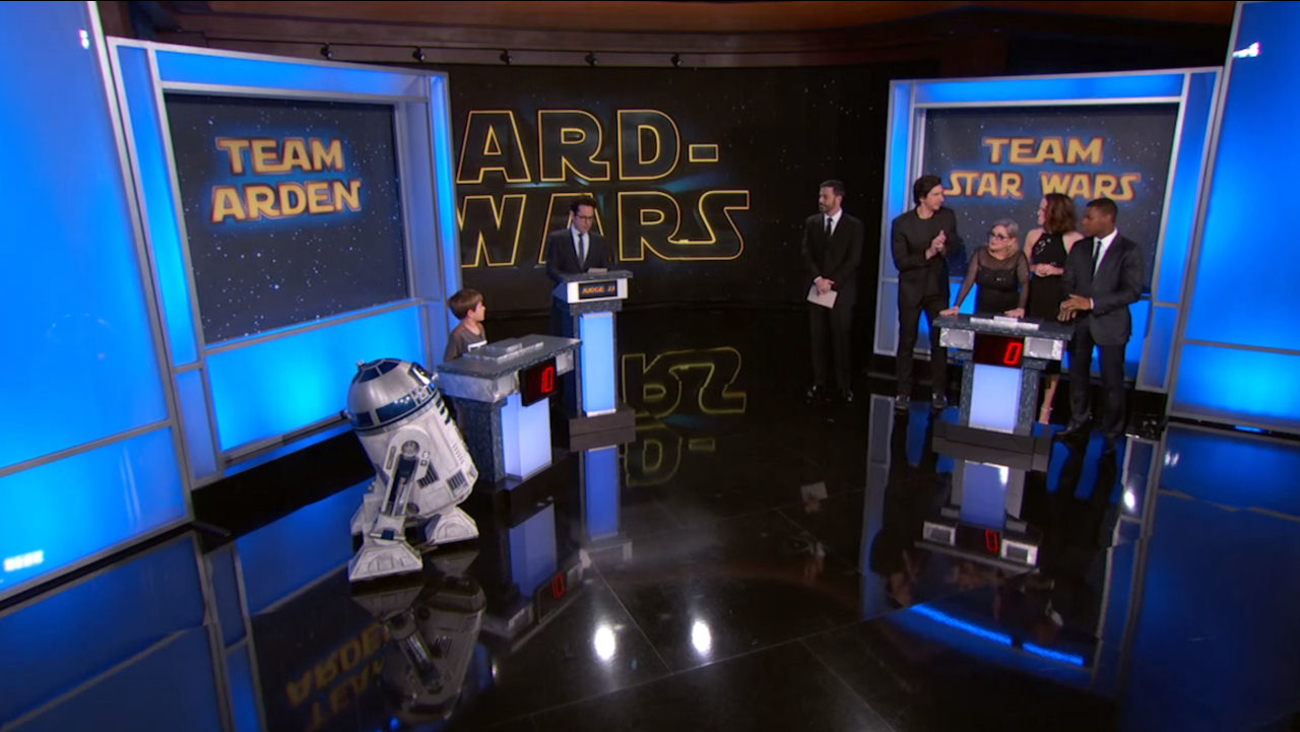 Do you know the number of the detention block Princess Leia was held in on Darth Vader's Death Star? Carrie Fisher herself doesn't remember, but 7-year-old genius Arden Hayes does. In fact, he knows an awful lot about Star Wars.

Jimmy Kimmel invited the impressive superfan (who also happens to be a genius in other areas) to show off his knowledge during a special Star Wars episode of Jimmy Kimmel Live. Along with his side-kick R2-D2, Arden went up against Carrie Fisher, John Boyega, Daisy Ridley and Adam Driver in the ultimate Star Wars trivia game. It was all judged by director J.J. Abrams himself.

Fisher (Princess Leia) said she didn't know some of the answers because she was either unconscious or off the planet during the scenes described in the trivia questions. Boyega pointed out that he wasn't born when the first films came out.

Arden, however, had no excuses. He got six of the questions right, while the actors didn't know any of them. Arden took home R2-D2 and a signed storm trooper as his prizes.

On the other end of the Star Wars knowledge spectrum, people on the street in a special edition of "Lie Witness News" didn't recognize Star Wars references mixed in when they were asked to weigh in on "current events." They answered questions like "Do you think Fox News is too soft on Emperor Palpatine?" with a completely straight face.

More highlights from the episode:

Harrison Ford, Chewbacca finally resolve their feud
What Star Wars would look like as a romantic comedy
Random things that sound like Chewbacca