Bill may allow beauty salons to serve alcohol without permit 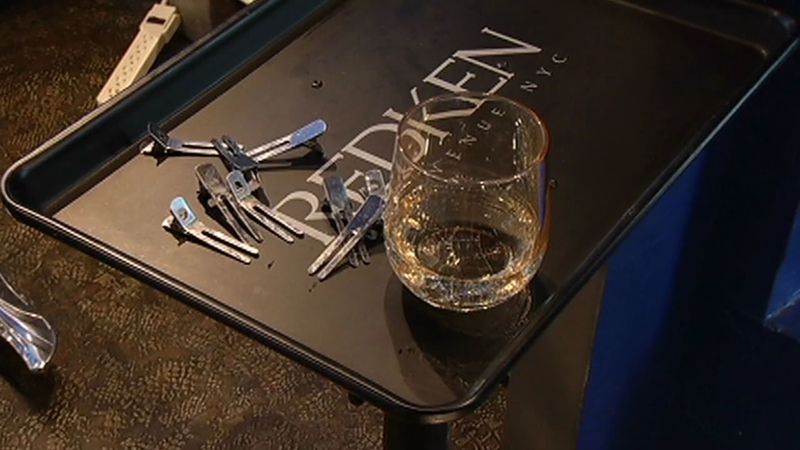 Bill may allow beauty salons to serve alcohol without permit

"This is one of the stupidest and most dangerous bills I've seen in a long time," Alcohol Justice spokesperson Bruce Lee Livingston said.

California Assembly Bill 1322 seeks to legalize the serving of beer and wine in beauty salons and barbershops.

"I think thousands of businesses throughout California are doing this," Assemblymember Tom Daly, D-Anaheim, said.

Daly recalled how a salon owner had brought the issue to him after receiving a warning letter from the Department of Alcoholic Beverage Control. San Francisco's MaduSalon also received a warning letter for serving wine. Instead of facing fines the salon owner chose to quit serving. "It came as a shock to us because other local businesses in the area would offer wine or some form of alcoholic beverages to their guests," MaduSalon manager Danielle Anetor said.

"It's technically illegal, so the regulations need to be modernized to reflect the modern times that we're in," Daly said.

ABC7 News spoke with a local barber who agrees. The owner did not want his identity revealed after learning he was not in compliance with state liquor laws.

The barber has worked in the field for more than 25 years in barbershops from Brooklyn to the Bay Area and explained why business owners offer a glass of beer. "It's an industry standard. It's just kind of a nice way to thank your clients for coming in. Give them something to relax them," he said.

It's difficult to nail down how many salons and barbershops currently serve because there are no records. It's all under the table, but out of 10 businesses ABC7 News spoke with, four don't serve at all, three serve regularly and three others only serve on occasion.

The proposed bill could legalize the practice for more 20,000 businesses and that's a conservative estimate from Daly's office. It's based on numbers from the Department of Consumer Affairs. The agency oversees the licenses of barbershops and beauty salons. However, it does not track business in a way that would clearly identify the total number of licensed barbershops and beauty salons in the state.

So there are around 20,000 barbering licenses, but the figure does not include hair salons according to Daly's staff. "This is a massive increase in the number of places in California where alcohol could be served," Livingston said.

For Livingston, it's a matter of safety issues related to alcohol abuse and the ability to track and regulate booze. "Anyone who's licensed in these barbershops or beauty salons can pour the liquor, but they're not trained," he said.

As part of the rules outlined in the bill known as AB 1322, only a single serving of beer or wine may be offered to a client and it must be free of charge.

Customers ABC7 News spoke with like the idea of a sip and a snip. "It's kind of loosening up the mood," MaduSalon customer Nita Sims said.

No more than 12 ounces of beer or six ounces of wine by the glass may be served. A drink may only be provided during business hours and no later than 10 p.m.

The licensee who's serving would be responsible for making sure people are over 21 and not over served.

"There is liability for these places," Livingston said.

Daly says enforcement would be overseen by the Department of Alcoholic Beverage Control. If the bill passes the California State Senate it could be on Governor Jerry Brown's desk by this fall.