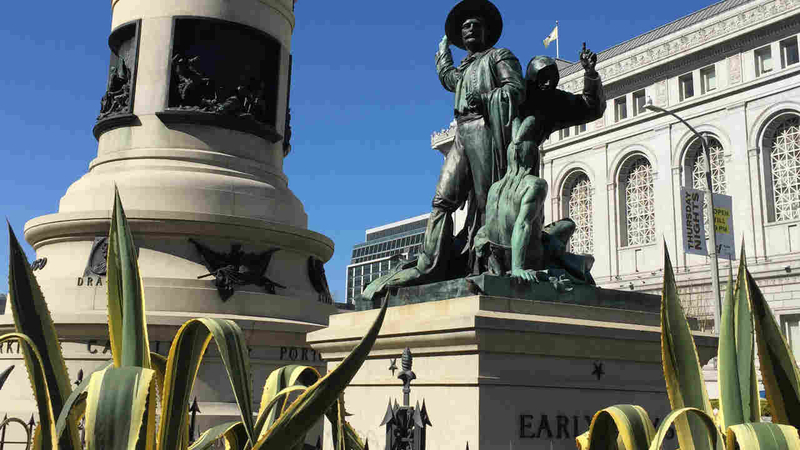 City crews loaded the "Early Days" sculpture onto a truck early Friday morning and hauled it away.

The statue showed a Native American man at the feet of a conquering Spanish cowboy and a Catholic missionary.

Some people called the statue racist and demeaning.