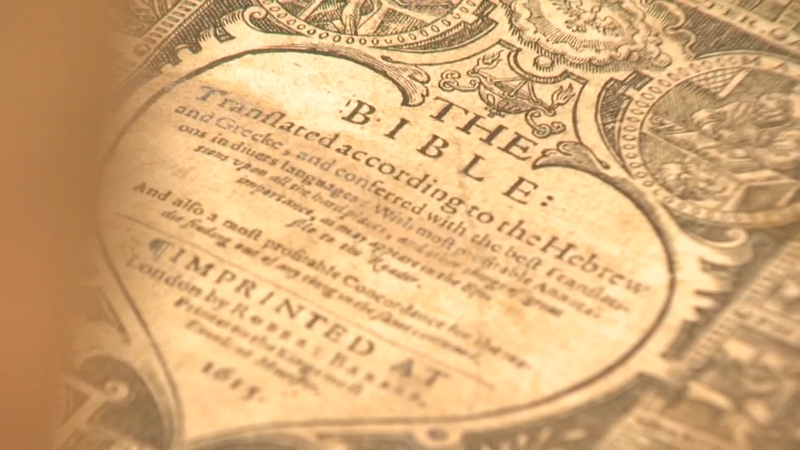 400-year-old Bible stolen from US is found in Netherlands

Pittsburgh, PA -- A 400-year-old Bible stolen from the Carnegie Library in Pittsburgh has been recovered in the Netherlands and is now back in the U.S.

The FBI returned the stolen Geneva Bible, dating back to 1615, on Thursday. It arrived back on U.S. soil in a box, secured in bubble wrap reported WTAE.

Authorities say the Bible was similar to one brought over on the Mayflower.

"These works of art hold a special place in our society. This Bible is more than a piece of evidence. It's an important artifact of religious significance to people of many faiths," said FBI Special Agent Robert Jones.

The Bible was among more than 300 rare books, maps, plate books, atlases and more that were discovered missing from the library in April 2017. A former archivist at the library and a rare book dealer are accused of stealing more than $8 million of those books.

"Since the investigation was initiated, with the help of the FBI, 18 books have been recovered, 293 associated maps, plates and pamphlets have been recovered from areas all over the United States of America, as well as London and now the Netherlands," said Allegheny County District Attorney Stephen Zappala.

The American Pilgrim Museum in Leiden purchased the book privately, but authorities are not saying from whom it was purchased. The museum discovered the book was stolen after the theft charges were made public last year.

"The director, thank goodness, was a honest person," Zappala said. "He contacted the Carnegie Library, then the Hague police, and the FBI took it from there."