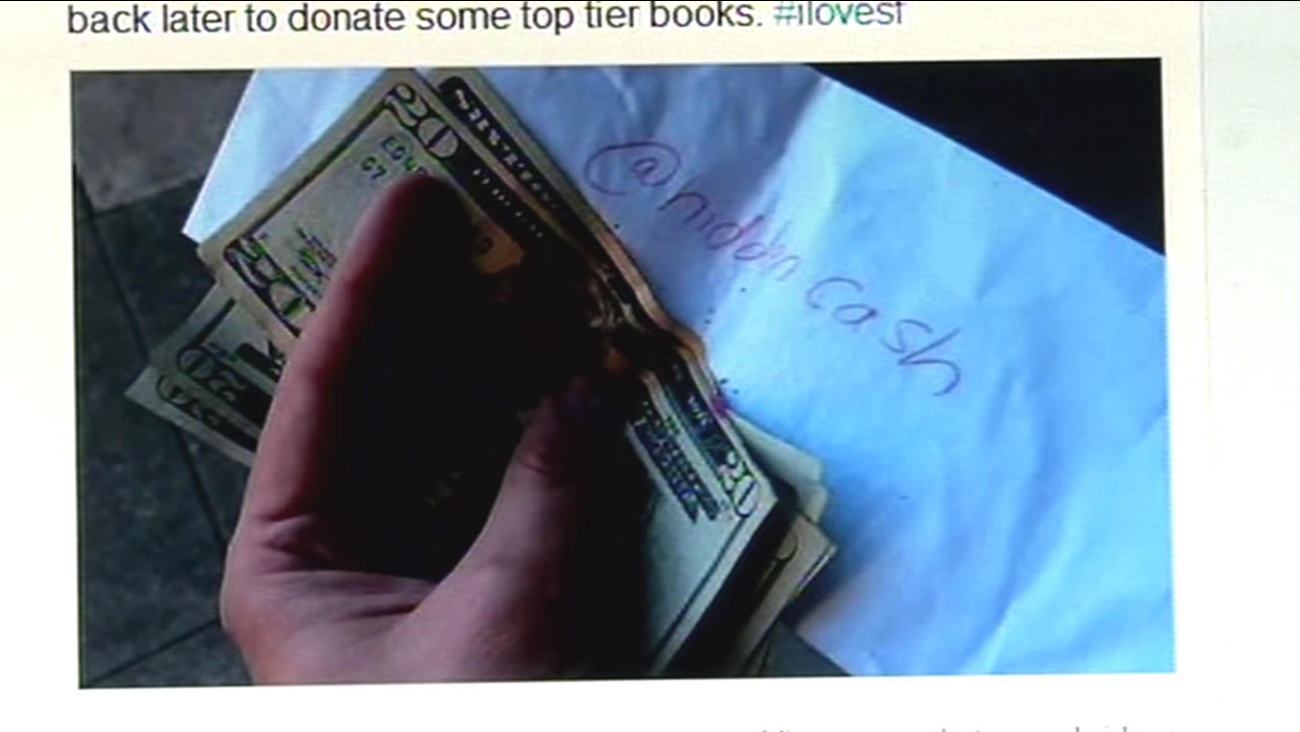 SAN FRANCISCO (KGO) -- It's a mad dash for hidden cash. Lucky people all over the Bay Area are finding money left by a mysterious benefactor. It's an unexpected high tech treasure hunt.

The stashes of cash have been found all over San Francisco and Oakland. On Friday someone found money under a bench near the carousel at Yerba Buena Gardens in San Francisco.

The person behind the Twitter handle @HiddenCash says this is a social experiment for good. In fact, they told a local online magazine that they made a lot of money in the real estate business in the Bay Area, so they wanted to pay it forward because they were concerned about wealth inequality.

The cash is a reward to anyone who can figure out the location of the money from a tweeted clue.

Alfie Estrada of Oakland saw one of the clues. It showed cash at three places at the Lake Merritt BART Station. He said, "One of them was by the bike racks and I knew exactly where those were, but the bill was gone by then. So I saw the container over here and thought that looks familiar, so I looked over there and found it."

Estrada already had plans for the money if he found it. He said, "I donated it to AIDS Lifecycle. They're one of my favorite causes that benefits the San Francisco AIDS Foundation."

Specifically, he donated it to Samantha Ames' fundraising effort. She'll be cycling in the seven-day ride from San Francisco to Los Angeles, but her bike was stolen recently. I got to tell her about Estrada's generosity.

"Oh my God, that's incredible. I had no idea that had happened," said Ames. "I'm so honored that he would have contributed to this with this money that he found. That's a really wonderful thing to do that restores a little of my faith in humanity."