A man accused of driving into eight pedestrians in Sunnyvale has been identified.

SUNNYVALE, Calif. (KGO) -- A driver who authorities say appeared to deliberately plow into a group of people in Sunnyvale Tuesday night, including a 13-year-old girl, has been identified. The Sunnyvale Department of Public Safety tweeted a photo of 34-year-old Isaiah Joel Peoples on Wednesday.

Police say that there is no indication that this incident was related to terrorism. However, the suspect did not offer any statements of remorse and police are still working to determine a motive.

A witness to a California crash that injured eight people said Wednesday he was waiting for a traffic light to turn green when a Toyota Corolla plowed through the intersection at a high speed, sending pedestrians flying into the air in the Silicon Valley city of Sunnyvale.

Don Draper, 72, said he was so enraged that he marched over to the car that had stopped after slamming into a tree. He found the driver slumped over the steering wheel as the car hissed steam. The door was open.

Sunnyvale authorities say they reached out to the FBI as a "precautionary measure" and they will remain the lead investigators.

"(To) intentionally run over eight pedestrians is just unheard of. It's a shock. So, if this leads to anything beyond our scope here in Sunnyvale, we wanted to make sure that we were ready," explains Sunnyvale Department of Public Safety Captain Jim Choi, as to why they reached out to the FBI.

An official with the FBI says "should it be determined that a federal crime was committed, we will become more involved."

A search warrant is being served at an apartment residence associated with the crash.

The driver deliberately drove into the group of people, Sunnyvale police said. The crash happened at El Camino Real and Sunnyvale Saratoga Road. Eight victims were taken to the hospital, some with serious injuries. The driver was arrested.

Sunnyvale DPS says the group was possibly targeted by the driver. A man who they believe purposely turned into the group while driving full speed.

The youngest victim is a 13-year-old girl, the rest are believed to be adults. DPS says some victims suffered serious injuries.

Witnesses say the driver made no effort to stop.

"We do have witness statements that show that vehicle did not attempt to slow down or brake," Choi added. "And the scene itself doesn't show any evidence of braking."

The crime scene extends about a half a block down El Camino Real. Those who live in the area say it's a busy intersection surrounded by homes and businesses.

Shanelle Fioretti told ABC7 News, "People are just walking to get to these restaurants and food places and grocery stores, rather than getting in their car and driving there."

Anand Sherkhane was shopping at a nearby plaza and rushed out to see what was happening.

"When we came here, we saw a bunch of bikes upside down and the car was crashed up against the tree," says Sherkhane. "I first thought of the London incident and the Paris incident. But that's unlikely here."

It's unclear whether the driver knew any of the victims. Investigators are looking into a possible motive, and whether alcohol or drugs played a role.

Peoples has been booked into Santa Clara County Jail. 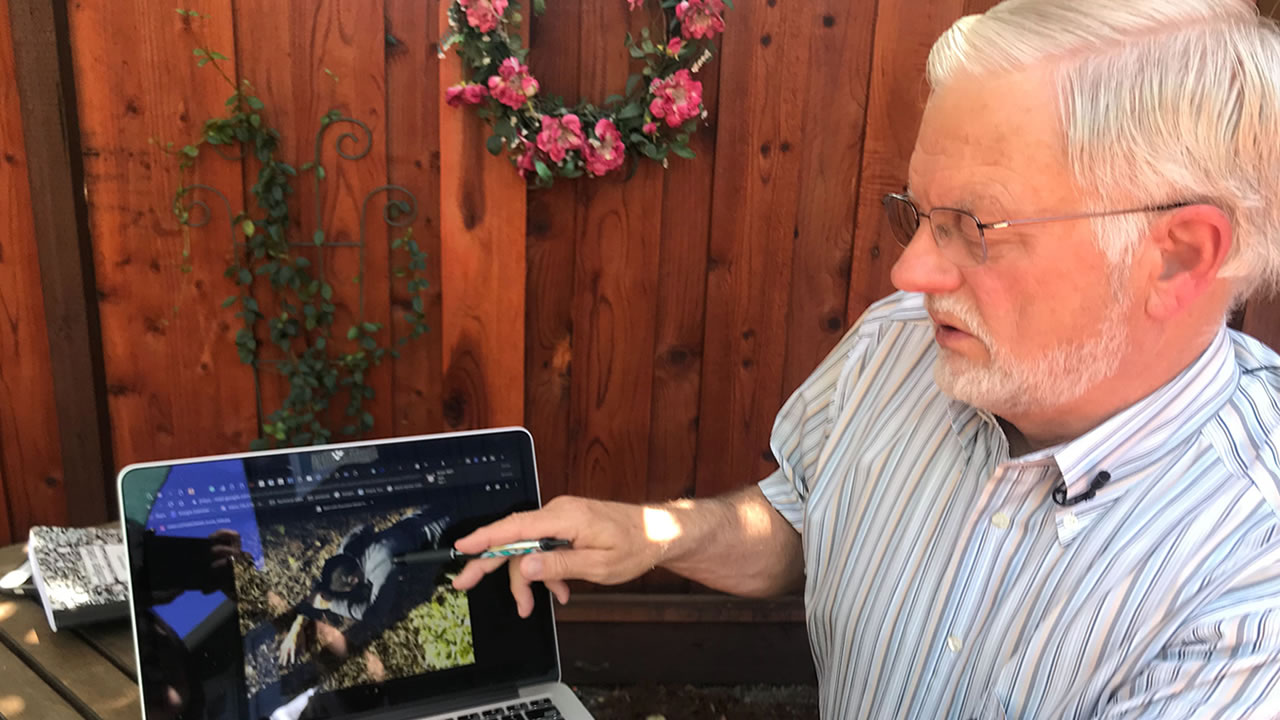