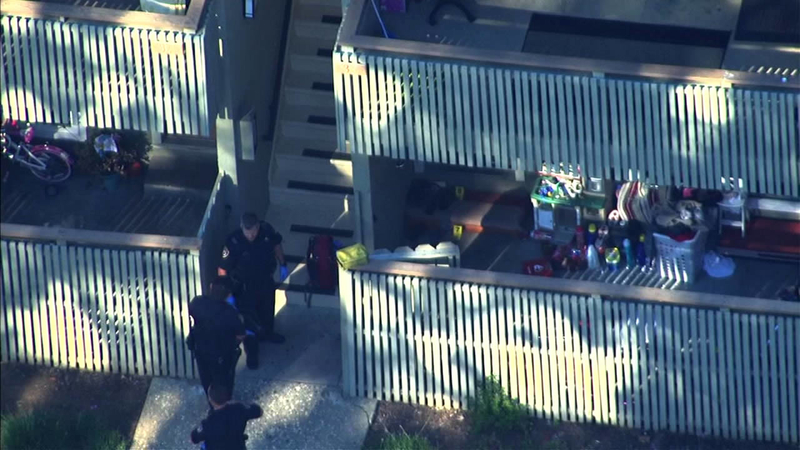 Shortly after noon, officers responded to a report of a disturbance in the 1200 block of Ayala Drive near South Bernardo Avenue, public safety Capt. Jeff Hunter said.

The call originally came in as alleged battery, but police said a woman claimed she was sexually assaulted by her half brother.

Police were called to the ground floor apartment by a woman who said she had been battered. When officers arrived on Ayala drive, they confronted a man at the front door who had a knife in his hands. Police said he charged at them and that's when at least one officer opened fire.

The man who was struck was transported to a hospital where he was pronounced dead.

Police are not saying how many rounds were fired or how many times the man was struck by bullets.

The officers involved in the shooting are being questioned as part of the investigation. Detectives are now busy working on reconstructing the sequence of events. The Santa Clara County Sheriff's Office sent in its specialized 3D camera system that will create a detailed view of the scene. "We've used it in several cases. It just provides a more real life look at the scene, so when we're trying to recreate the events based upon what happened on the statements that we can put things in place to give people real perspective as opposed to a 2D image," Hunter said.

The front window of the apartment was smashed and the glass has a visible bullet hole because police said the officers fired at close range.

Police did not indicate if the woman was injured, saying only that officers were with her.

Anyone with information can contact the Sunnyvale Department of Public Safety at (408)730-7101.