Monday night, parents were told why all of the teachers at a Sunnyvale school had to reapply and many were not happy with the answer.

SUNNYVALE, Calif. (KGO) -- One of the South Bay's high-performing schools is being rocked by internal strife that no one is willing to talk about publicly. The teachers at West Valley Elementary have been told they need to reapply and pass an interview to keep their jobs.

The Cupertino Union School District superintendent says the dissent and morale issues are restricted to just West Valley Elementary, out of all 25 schools in the district. If everything goes as planned, the superintendent expects everyone in place and working in unison by fall.

"We felt that people were not being dealt with fairly or given a fair shake, and we all wore white shirts one day as a result of feeling that this was one way for us to just say we didn't agree with this kind of a decision," Kathy White, a West Valley kindergarten teacher, said.

All 25 teachers were handed letters, telling them to reapply for their jobs at West Valley. Many of them have worked at the school for 10 years or longer. If they aren't invited back, they'll be assigned to fill vacancies at other schools. Some call it radical and others say it is unprecedented.

"In this case, there were a lot of complex issues surrounding this and us feeling that we really needed to have a different kind of commitment in order to get through this," Cupertino Union District Superintendent

The criteria for returning will be a commitment to re-imagining and innovation. The district tried mediation, but it failed.

"This has basically tainted everybody at that school who works there with a brush of, 'Oh... so you're of them?' So it's going to take a lot of work to gain that trust back," Katie Burnette, a 17-year veteran teacher, said.

At a meeting Monday night, parents were told why the teachers had to reapply and many were not happy with the answer. The word the parents kept hearing was "tension" -- especially between the teachers and the administration. The district brought in a new principal, but the situation was so bad, additional drastic measures were in order.

Gudalewicz likened the situation at West Valley Elementary to a relationship where two people have grown apart. She told the crowd, "Sometimes we say it's not a right fit and we say the best thing to do is to move on. And that's kind of where we are."

Many parents said they are not happy about this situation.

"You don't treat teachers like this. It's not OK. These are the people that take care of your children, they're with your children all day long," parent Elizabeth White said.

"I think it's very disrespectful to the time they've already put in and is not supporting them and not giving them an environment they want to be in," parent Alison Hlady said.

Perhaps the most frustrating part is how parents are being kept in the dark about what the tension was about, but the district says it simply cannot elaborate.

"Anytime I start to get into a description of the tension in any detail, I'm going right into the issues of personnel and I can't talk about that," Gudalewicz told ABC7 News.

Teachers are staying mum on the details as well. They'll know by the end of the month if they get to stay or be transferred to another school.

Teacher Rina Mathalikunnel told ABC7 News she wants to stay because the school is her community.

It's a community that, like it or not, is seeking to rebuild. 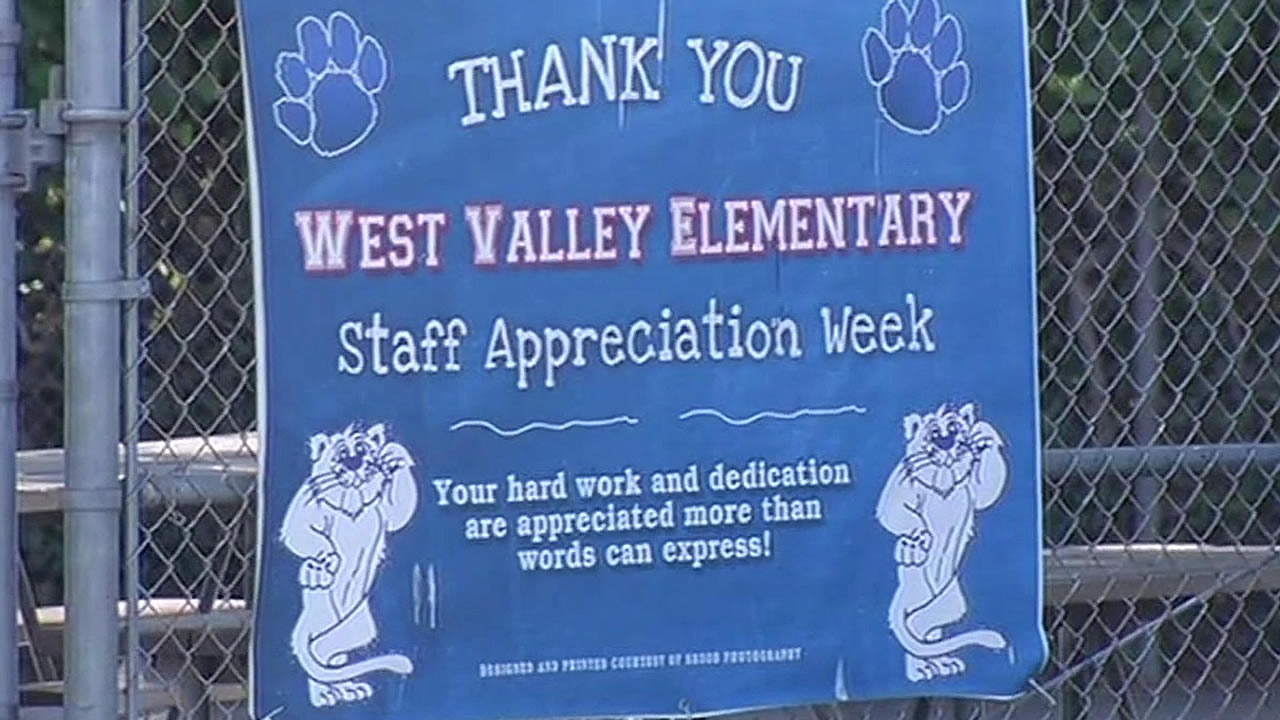 Sunnyvale school asks all teachers to reapply to keep job