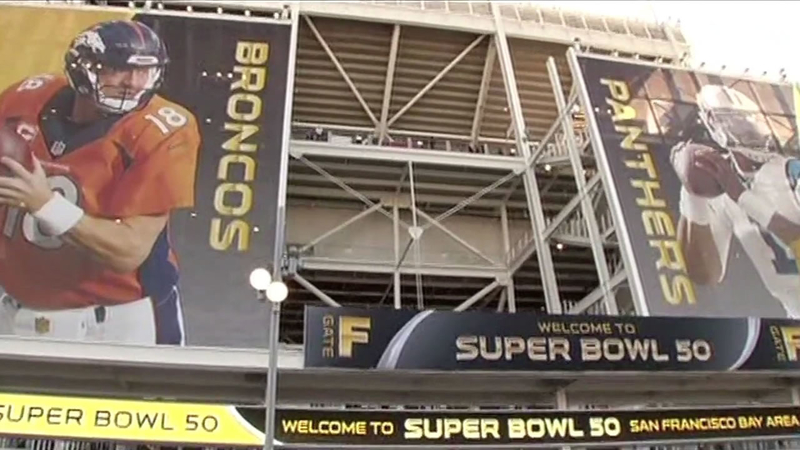 SANTA CLARA, Calif. (KGO) -- There is a regional sense of relief that Super Bowl 50 has come and gone.

Road closures and detours, a million visitors and tight security are over.

And the success of it all has Host Committee organizers optimistic the Bay Area will be in line for future Super Bowls.

Santa Clara leaders say they were on top of crowd control, security and transportation and departing super bowl fans had high praise.

"We loved the venue. It was easy getting in. Security lines were no problem. The biggest problem we had was getting out. We chose Uber, and they had kind of a problem with their transportation because roads were closed," Trevor Harper, a Denver fan.

About 20 arrests were made for intoxication, counterfeit goods and illegal vendor sales, but no serious assaults.

Keith Bruce, the CEO of the Bay Area Host Committee, says the NFL Commissioner and team owners indicated they were pleased. And that could bode well for hosting a future Super Bowl.

"Nothing but compliments and excitement, so when you have that, it does set the stage for our ability to host another super bowl in five, six, seven years and get on that rotation. We're one of the few regions that have the resources," explained Bruce.

An analysis will be done this spring to measure the Super Bowl's economic impact on the region.

Organizers know some restaurants were doing great, while others got hurt by road closures.

The lesson learned is that the wealth can be shared by cities having their own events, such as the concerts and community events Santa Clara held in the days leading up to the game.

"When we work together, there's nothing we can't accomplish. Can you imagine anybody being able to compete with us when we can highlights everything from the Golden Gate to Silicon Valley," said Santa Clara Mayor Jamie Matthews.

Feedback seems to indicate it won't be a long wait.