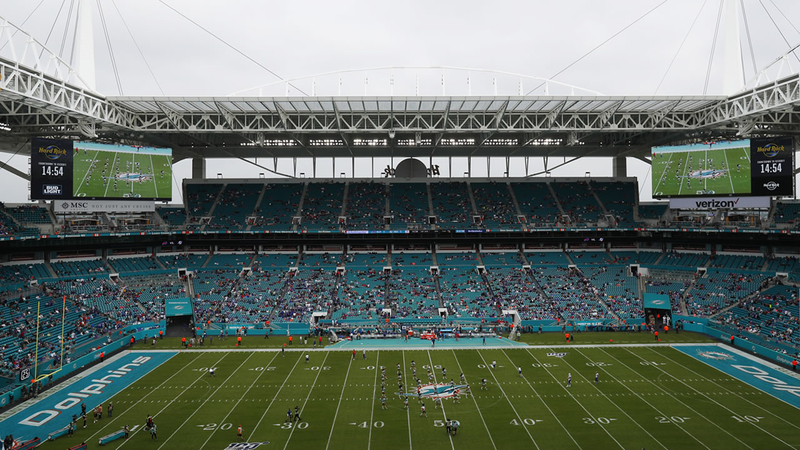 SAN FRANCISCO (KGO) -- The San Francisco 49ers and Kansas City Chiefs are facing off in the Super Bowl on Sunday.

This year's game will be held in Miami on February 2 at Hard Rock Stadium, the home of the NFL's Miami Dolphins.

Here are some quick facts about the game and its participants.

2. This is the third Super Bowl appearance for the Chiefs. The Chiefs have a 1-1 record and this is their first appearance in a Super Bowl in 50 years. They appeared in the very first Super Bowl, losing to the Green Bay Packers. They would win Super Bowl IV by hammering the Vikings 23-7. That would be the last game before the AFL-NFL merger.

3. Super Bowl LIV is the 11th Super Bowl Miami has hosted, that is the most of any city. New Orleans is second with 10. Miami is also the only city to host consecutive Super Bowls.

4. We know the entertainment. Jennifer Lopez and Shakira will headline the halftime show while Demi Lovato will sing the national anthem.

5. It's good to be the betting favorite. The favored team has won 34 of 53 Super Bowls.

6. The 49ers and Chiefs have met 13 times during the regular season with the 49ers holding a 7-6 advantage. The teams met last season in Kansas City with the Chiefs winning 38-27. 49er fans may have an interesting take on the outcome. Quarterback Jimmy Garoppolo suffered a season-ending knee injury and the team finished 4-12. That led to the 49ers drafting Nick Bosa who would become defensive rookie of the year.

7. Chiefs head coach Andy Reid is the winningest head coach in NFL history without a Super Bowl victory. He led the Eagles to Super Bowl XXXIX but lost to the Patriots 24-21. Not including the playoffs, Reid's teams have won 207 games.