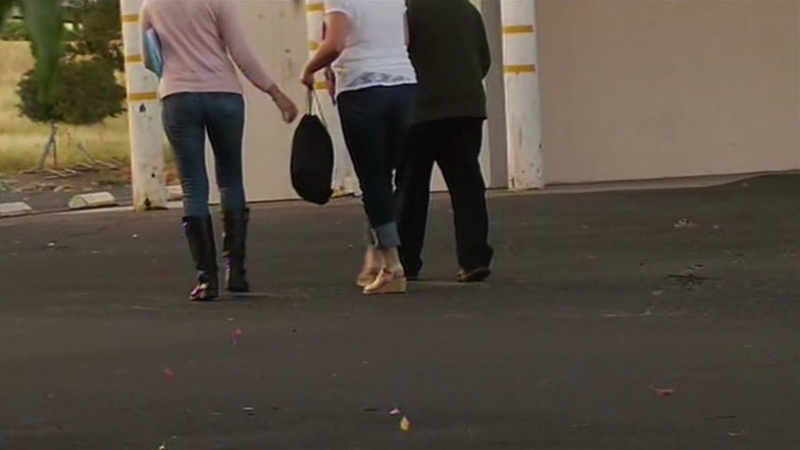 SAN FRANCISCO (KGO) -- Super Bowl host cities typically see a jump not just in tourists, but also in some crimes, including human trafficking and prostitution.

January 11 is Human Trafficking Awareness Day. In the Bay Area, officials used it to announce a host of new initiatives aimed at stopping sex trafficking.

A high-profile example of the Super Bowl and prostitution going hand-in-hand was the arrest of Warren Sapp, a Hall of Famer and NFL analyst.

The former Buccaneer and Oakland Raider was busted in a hotel during last year's Super Bowl in Phoenix and eventually pleading guilty to two misdemeanors.

With many victims brought here from overseas, airline workers are front line fighters in the war on human trafficking.

Flight attendants are learning to pick up warning signs, identify victims and human traffickers, and properly report it.

One flight attendant has a personal story - she's a survivor of sex trafficking.

"I was a single mom with children and before I realized what had happened to me, I was being trafficked. I was bought by a gang from a pimp and sold for weapons, drugs," shared Donna Hubbard.

"The flight attendants get the most time with the customers, so we have a lot of time to assess and figure out a situation and if it warrants a report," explained Andrea Hobart.

To give you a sense of the scope of the problem locally, San Francisco identified 291 victims, mostly young women, in the second half of 2014 and that's just the ones who were identified.

Airline workers are now being trained on when to call 9-1-1 or Homeland Security. There is even an app to help people report any problems.

Get the latest on Super Bowl 50 by clicking here.