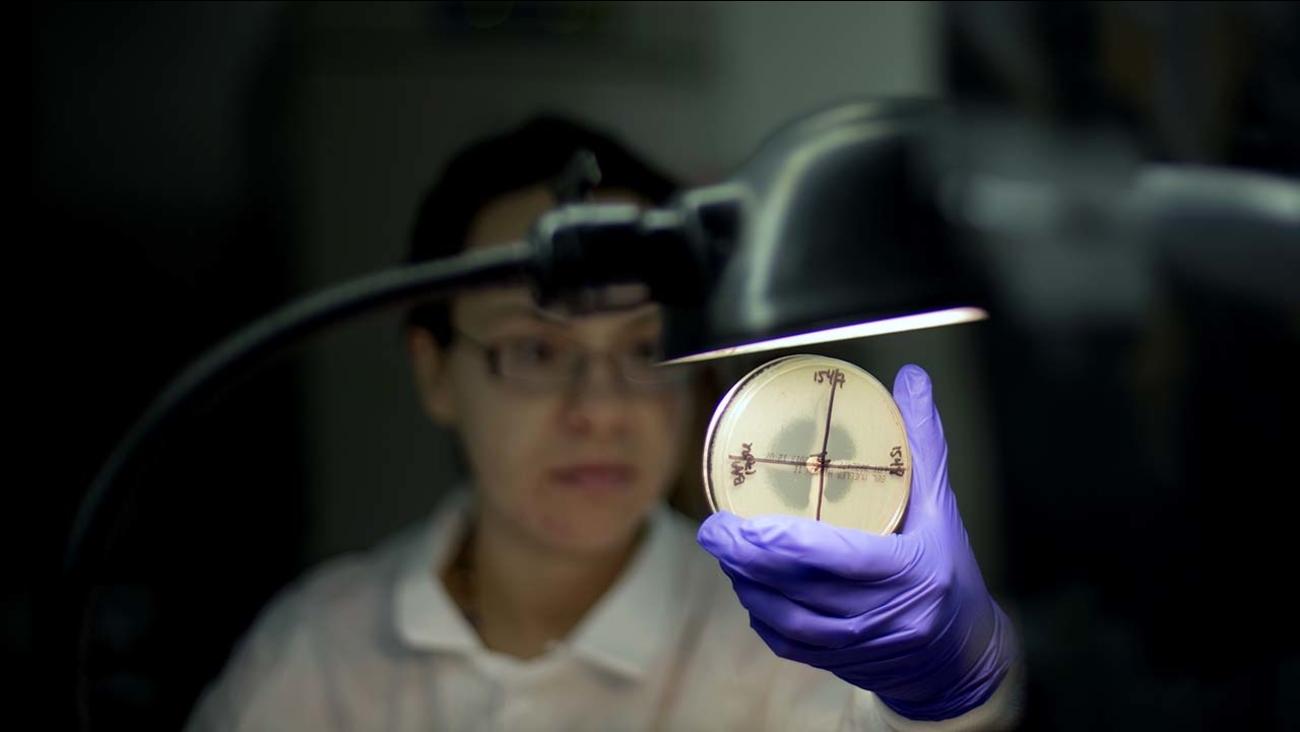 NEW YORK -- For the first time, a U.S. patient has been infected with bacteria resistant to an antibiotic used as a last resort treatment, scientists said Thursday.

The patient - a 49-year-old woman in Pennsylvania - has recovered. But health officials fear that if the resistance spreads to other bacteria, the country may soon see supergerms impervious to all known antibiotics.

"It is the end of the road for antibiotics unless we act urgently," Dr. Tom Frieden, director of the Centers for Disease Control and Prevention, said during an appearance in Washington.

Other countries have already seen multi-drug resistant superbugs that no antibiotic can fight. So far, the United States has not. But this sets the stage for that development, CDC officials said.

The woman had gone to a military clinic in Pennsylvania last month and was treated for a urinary tract infection. Initial tests found she was infected with E. coli bacteria, a common variety of germ seen in the gut that often makes its way to the bladder.

But the tests showed this E. coli was resistant to antibiotics commonly used first for such infections. She was successfully treated with another kind of antibiotic.

But while she has recovered, further testing completed in the last week confirmed that the E. coli was carrying a gene for resistance against the drug colistin.

Colistin is an old antibiotic. By the 1970s, doctors had mostly stopped using it because of its harsh side effects. But it was brought back as other antibiotics began losing their effectiveness.

It's used against hard-to-treat bacteria that resist one of the last lines of defense, antibiotics called carbapenems. If those germs pick up the colistin-resistance gene, doctors may be out of treatment options, health officials say.

"This is another piece of a really nasty puzzle that we didn't want to see here," said Dr. Beth Bell, who oversees CDC's emerging infectious diseases programs.

The CDC is working with Pennsylvania health officials to interview the woman and her family to try to figure out how she might have picked up the strain. The woman had not traveled outside of the country recently, officials said.

The colistin-resistant gene has been seen in animals and people in China, Europe and Canada. Federal officials said Thursday that colistin-resistant E. coli has also been found in a pig in the United States, but there was nothing to link the finding to the Pennsylvania case.

Researchers at Walter Reed National Military Medical Center, who did the confirmatory tests, reported on the Pennsylvania case Thursday in a journal of the American Society of Microbiology.