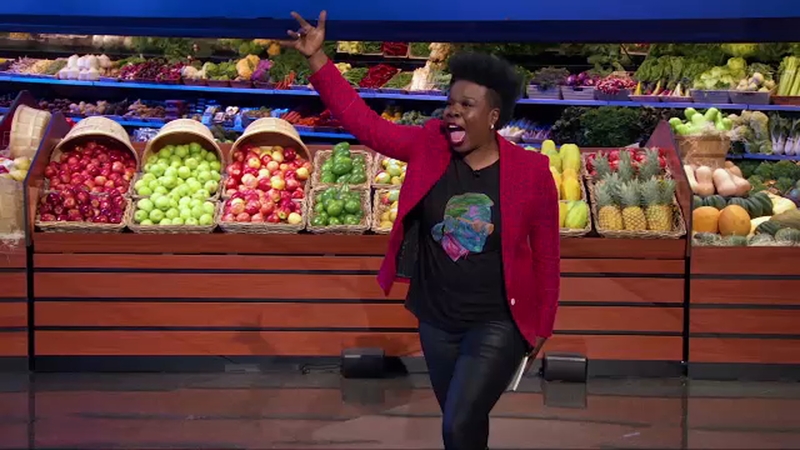 NEW YORK -- Ready, set, shop! "Supermarket Sweep" is back on ABC with a new host and bigger prizes than ever.

Leslie Jones hosts as three teams try to get the highest total spent.

"I wanted to bring it back for people who used to love it and people who never knew about it," Jones said. "I think it was really crazy to see the carts and all of that and I was like, 'Wow, this is really going to happen, we're really going to bring this back.'"

The teams will compete against one another using their grocery shopping skills and knowledge of the merchandise.

The winning duo will race against the clock to find five products in the "Super Sweep" to win the grand prize of $100,000.

Teams compete against each other for the chance to become the winning duo to play in the "Super Sweep," a race against the clock to find five products in order to win $100,000.

Jones says that everything is bigger and better on the reboot, while still keeping the fan-favorite elements of the original.

"We're going to have a lot of funny things happen, we raised a lot of bonuses, the prize used to be $5,000 and now it's $100,000, we give money away every week to essential workers, and it's just all-around joy and happiness," she said.

What color and style would YOUR Supermarket Sweatshirt be??