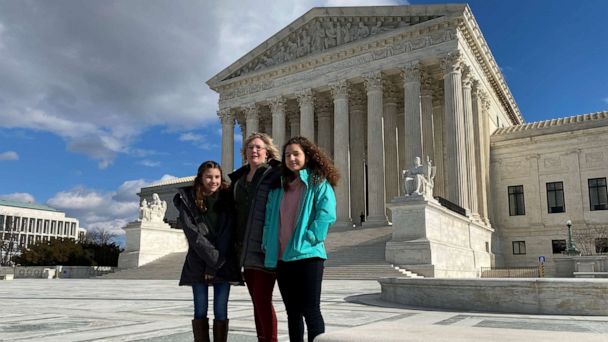 The U.S. Supreme Court on Tuesday delivered a victory for advocates of school choice, striking down Montana's exclusion of religious schools from a state scholarship program funded by tax credits.

The narrow 5-4 decision, authored by Chief Justice John Roberts, said that a "no-aid provision" in the Montana constitution violates the First Amendment. Thirty-eight other states have similar amendments. The ruling could make it easier for religious schools nationwide to obtain public funds.

"The Montana Constitution discriminates based on religious status,'" Roberts wrote. "Montana's no-aid provision bars religious schools from public benefits solely because of the religious character of the schools."

"A State need not subsidize private education," he said, "but once a State decides to do so, it cannot disqualify some private schools solely because they are religious."

"This decision blots out a great stain on our history and gives today's low-income students a chance to attend religious schools of their choice using state-endorsed private school scholarship funds," said Andrea Picciotti-Bayer, legal adviser to The Catholic Association.

"The Court's decision represents an important victory for religious liberty and religious equality in the United States," U.S. Attorney General Bill Barr said in a statement.

Public school advocates warned the decision clears the way for more state funding to be shifted toward private, religious schools.

American Federation of Teachers President Randi Weingarten called it a "seismic shock that threatens both public education and religious liberty."

The National Education Association, a leading public teachers union, said the decision would harm students. "At a time when public schools nationwide already are grappling with protecting and providing for students despite a pandemic and mounting budget shortfalls, the court has made things even worse opening the door for further attacks on state decisions not to fund religious schools," said NEA president Lily Eskelsen García.

In 2015, the Montana legislature approved dollar-for-dollar state tax credits of up to $150 per year to help fund scholarships for low-income children seeking to attend private schools of their choice.

Mothers Kendra Espinoza, Jeri Anderson and Jamie Schaefer, all plaintiffs in the case, say they could not afford tuition payments to send their kids to Stillwater Christian School in Kalispell without the financial aid.

The Montana Department of Revenue blocked the use of the tax-credit supported scholarships for religiously-affiliated education, citing the state's constitution, which explicitly bans use of public funds - directly or indirectly. After a lengthy legal fight, the state Supreme Court struck down the scholarship program in its entirety.

"Its judgment put all private school parents in the same boat," wrote Justice Ruth Bader Ginsburg in a dissenting opinion. She and the court's three liberals argued that elimination of the program altogether precluded any discrimination on the basis of religion.

"If for 250 years, we have drawn a line at forcing taxpayers to pay the salaries of those who teach their faith from the pulpit, I do not see how we can today require Montana to adopt a different view respecting those who teach it in the classroom," wrote Justice Stephen Breyer in his dissent.

But Roberts, joined by Justices Clarence Thomas, Samuel Alito, Neil Gorsuch and Brett Kavanaugh -- all raised in the Catholic Church -- concluded that the state's blanket ban on aid to religious schools while other institutions remained eligible amounts to unconstitutional discrimination.