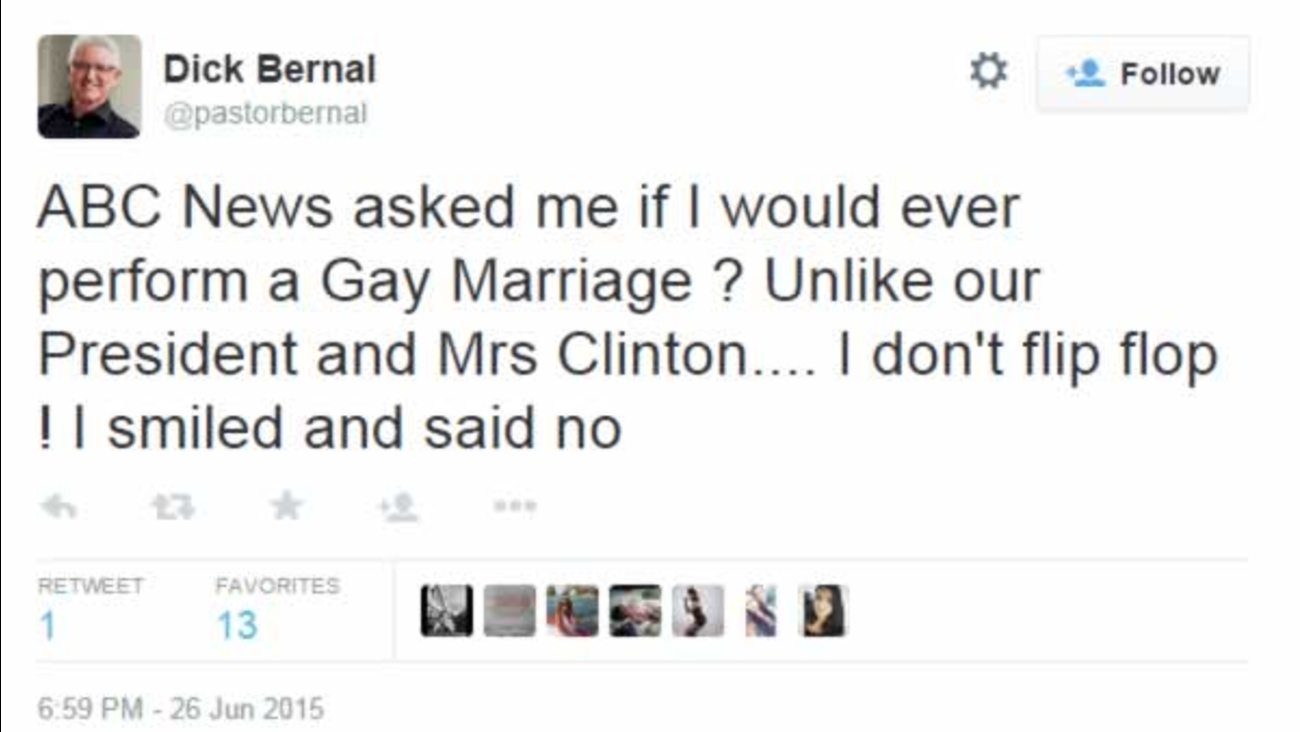 SAN JOSE, Calif. (KGO) -- One of the South Bay's largest Christian churches has put all weddings on hold because of the Supreme Court's same-sex marriage ruling.

No ceremonies have been cancelled so far, but Pastor Bernal plans to meet with other church leaders Tuesday.

ABC News asked me if I would ever perform a Gay Marriage ? Unlike our President and Mrs Clinton.... I don't flip flop ! I smiled and said no

The Rainbow was a sign of a Covenant between God and Noah... Been reduced to a tie dye shirt and a rallying logo for the Gay community

What is shocking is Church people who approve of Gay Marriage and vote for a politician who is pro abortion pro gay marriage. Mind boggling!

America is not a Christian Nation. She is a secular democratic Nation with us Christians living in her ! God help us... Time for a Revival !

Supreme Court ruling on Gay Marriage ! Thank God for separation of Church and State and our secular Worldly Nation