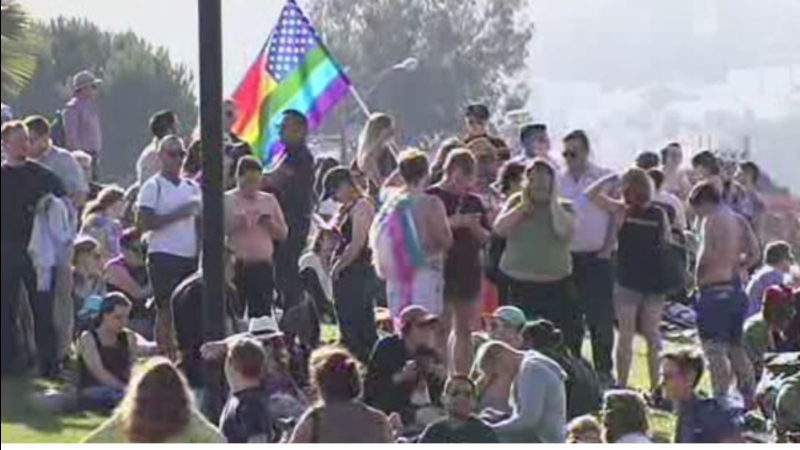 SAN FRANCISCO (KGO) -- The celebration began early and built throughout the day in San Francisco, a city at the vanguard of the gay rights fight.

June 26 may forever be known as "Gay Day." It was on this date two years ago the U.S. Supreme Court struck down the Federal Defense of Marriage Act.

And in 2003, the high court struck down the Texas laws that banned homosexual activity in that state. 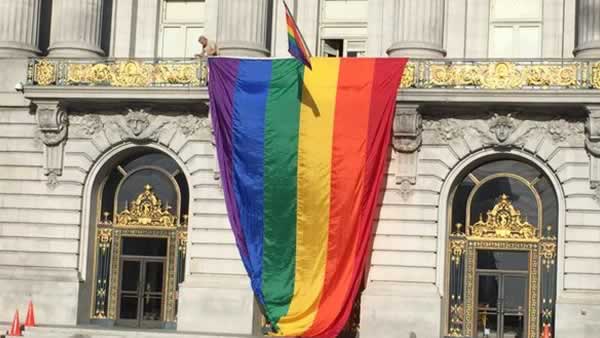 This historic ruling comes just before Gay Pride weekend and was kicked off with a march Friday afternoon starting from Dolores Park in the Mission District to Civic Center's U.N. Plaza.

The Trans March to San Francisco City Hall is the largest and most historic transgender event in Pride weekend.

People from all walks of life gathered in San Francisco to celebrate this historic day. This year's theme is power through visibility, a theme that resonates with Penny Tibbets from Marin. "If we remain in the shadows people will think we belong there, so that's why I am here. It's obvious which way I was born, but the way I feel is completely different," Tibbets said.

The feeling at the march was transgender rights will now be coming front and center.