KGO
SAN FRANCISCO (KGO) -- Hillsborough police are speaking out for the first time since arresting a kidnapping suspect in a case that dates back over 20 years.

Detectives said they captured a second man involved in the abduction of a 9-year-old girl.

ABC7 News spoke with the Hillsborough Police Department captain who said it was exactly 22 years ago on Monday that this kidnapping took place.

Officials said they have another suspect named Kevin Lin, 68, in jail. Lin arrived in police custody at SFO Sunday, but he was arrested Southern California on Friday. Lin was wanted for the 1995 kidnapping of Kristine Chiu.

Police say the girl was walking home from South Hillsborough School when Lin and two other men pulled her into a van.

The kidnappers tried to extort money from Kristine's father, but dropped the plan when they learned her parents were in Taiwan. They left Kristine unharmed in a hotel near S-F-O.

Hillsborough police say they got a call last week from the State Department saying a man with the same name was applying for a passport. "It was a conversation between me and the U.S. State Department and once we asked them to send us a photo, we looked at a photo we had from 1996 and compared it to today's photo and it was very, very similar and everything matched up on it, so that's what prompted the investigation," Hillsborough Police Department Captain Doug Davis said.

Davis and another officer went to Southern California last week and arrested Lin at the U.S. Federal Building where he was going to pick up his passport.

Lin is being held on $5 million bail at the San Mateo County Jail in Redwood City and will make his first court appearance Monday afternoon.

Lin is now the second of the three suspects to face charges. One man was convicted of the kidnapping 20 years ago, and another is still on the run.
Report a correction or typo
Related topics:
hillsborougharrestcrimechildrenkidnappingcourt casecold case
Copyright © 2020 KGO-TV. All Rights Reserved.
RELATED 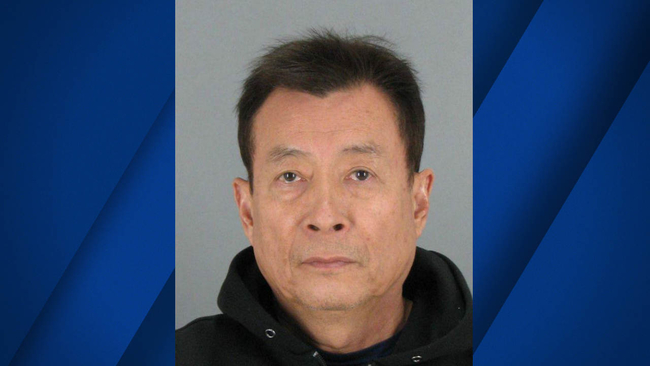