KGO
By by Lyanne Melendez and Vic Lee 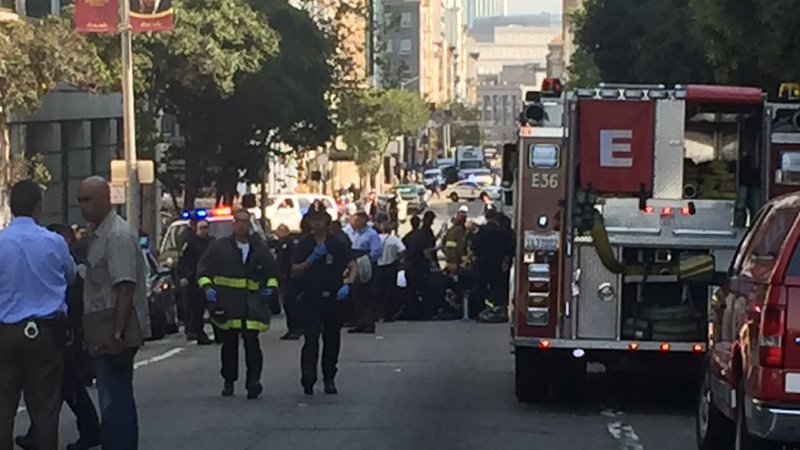 SAN FRANCISCO (KGO) -- San Francisco police say they have taken a suspect into custody after an officer on a bicycle was struck by a hit-and-run driver this afternoon.

VIDEO: SF police give update after cop hit by car

The officers spotted a suspect in a vehicle who they believed had a firearm. However, the suspect also spotted the officers and drove away, striking an officer on bicycle patrol as he sped away.

Police later located the suspect's vehicle where it had been abandoned near Buena Vista Park and conducted a search of that area.

The suspect was ultimately taken into custody in the 500 block of Ellis Street around 3:30 p.m. His identity has not been released.

The officer, a four-year veteran with the department, was seriously injured in the collision and taken to San Francisco General Hospital in critical condition. He is currently out of surgery and in the intensive care unit.

"This is a tough day for the police department," Assistant Police Chief Toney Chaplin said. "Everyone right now is having a tough time with this, so I ask the public to keep the officer in their prayers," Chaplin said.

LATEST: @sfpd officer is in surgery after sustaining significant injuries.