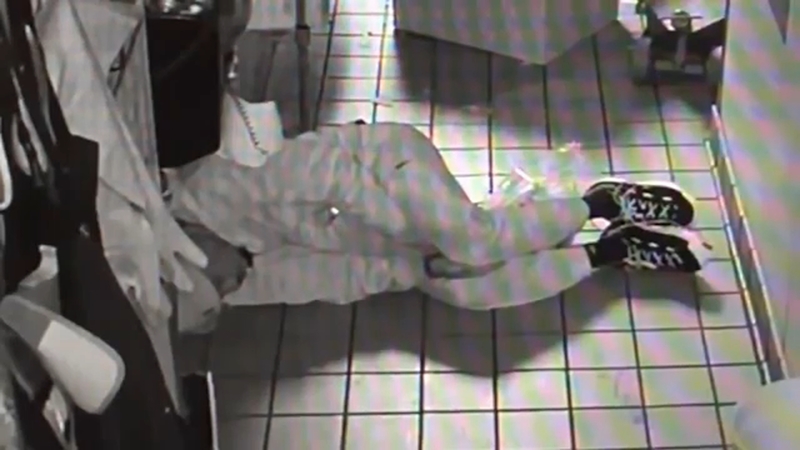 One burglar may have been too full to make a quick getaway after he broke in and ate some late night snacks at Taco Bell.

The Gwinnett County Police Department in Lawrenceville, Georgia shared photos and surveillance video of a suspect who broke into the fast food restaurant around 12:15 a.m. on Dec. 25, in hopes of tracking down the hungry, sleepy thief.

The suspect shimmied through the drive-thru window, but didn't appear to be too worried about getting caught.

"After he makes entry, he is seen on surveillance using the fryers to make himself a meal and then eats," police said in a statement on Wednesday.

He then laid down and curled up for a nearly three hour nap, police added, before he eventually fled the scene.

The Burglary Unit released the photos and video to enlist the public for help in identifying the suspect.