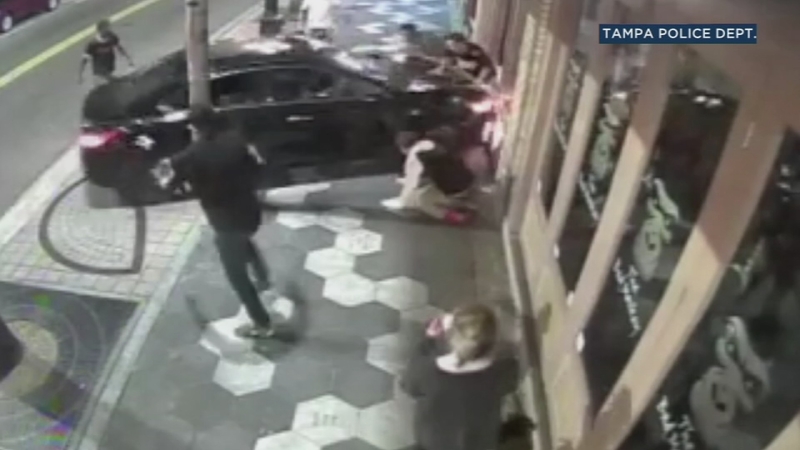 TAMPA, Fla. -- A bar brawl that erupted in Tampa, Florida, ended in a frightening car crash.

Tampa police said the fight broke out on 7th Avenue about 3 a.m. on Tuesday.

Video captured a group of men exchanging punches, when at one point, one of the people involved in the fight jumped into a car and tried to drive away.

As the man attempted to drive away, others in the fight began attacking the car and driver.

Video captured the man driving forward, running over one of the men in the melee and slamming into the bar.

Those in the fight quickly ran from the scene. Police said there had not been any arrests in connection with the fight.