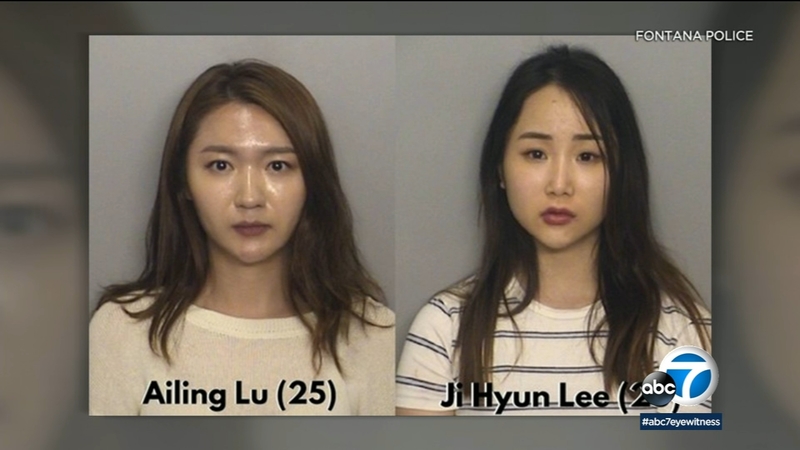 FONTANA, Calif. -- Two women were accused of posing as IRS agents and defrauding people, according to Fontana police.

Ailing Lu, 25, of Los Angeles and Ji Hyun Lee, 25, of Gardena were both accused of calling victims and threatening to arrest them unless they paid them in Target gift cards.

The investigation began Sept. 4 when a victim received a call from a person impersonating the IRS. The caller asked the victim to pay $2,200 in Target gift cards. The victim then contacted Fontana police.

Target's loss and prevention department said a similar incident had taken place in Indiana. Detectives determined that those transactions were made by the same suspects.

Detectives tracked down the women and found more than $900,000 worth of products purchased with gift cards provided by victims.