SANTA ROSA, Calif. (KGO) -- A jury in Sonoma County will have to decide soon whether deputies acted inappropriately after repeatedly Tasing an intoxicated man in his jail cell while security cameras were rolling.

Next month, a jury in Santa Rosa will see the video, and be asked to decide if deputies used unnecessary force, or merely restraint for a suspect's own safety.

"I was already on my stomach face down in handcuffs," defendant Esa Wroth said. "What more can someone do?"

The Sonoma County Sheriff's Department Tased him 23 times in a half an hour.

"It is his fault," said Sonoma County assistant sheriff Randall Walker. "He is taking out the barbs. Breaking the wires. At that point the Taser is no longer effective."

Wroth said he had not been driving and that someone else crashed the vehicle and then left the scene.

That's just one part of the case. The district attorney's office says this video also proves he was resisting arrest and assaulting correctional officers.

"That they submitted this for evidence and that it survives is comical," defense attorney Izaak Schwaiger said.

Schwaiger has long criticized the sheriff's department for overuse of force. This case, he says, is an unpleasant but perfect example.

"It was inept," he said. "It was sadistic. It was brutal and wholly inexcusable."

In court, he will show photographs taken after Wroth left jail.

Wroth claims deputies dislocated his shoulder, gave his hands permanent nerve damage, and beat him in the face. 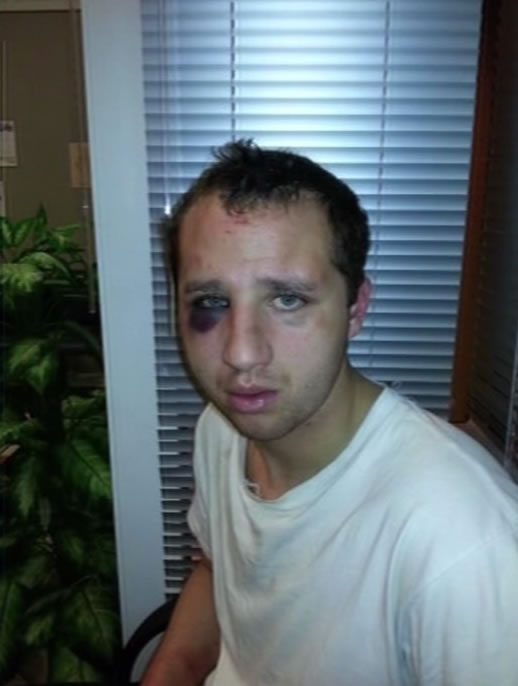 Esa Wroth claims he was badly beaten by officers and suffered permanent injuries during his arrest.

Walker says most of the 29 minute struggle takes place while waiting for an ambulance.

"The injuries he left here with are those that he inflicted on himself while he was drinking and driving," Walker said. "Those are all from his car accident."

The case goes to trial on Dec. 11 and Wroth is pleading innocent to three charges and if his defense attorney has his way the sheriff's department will defend its actions as well.