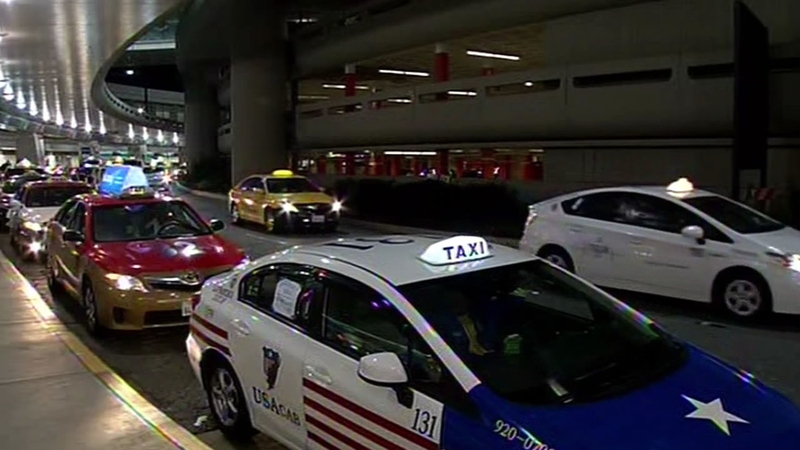 For two hours Monday night, roughly 300 taxi cabs circled the terminal loop and made it difficult for anyone to get in.

"There won't be any more taxis at San Francisco airport, is that what passengers want?" said taxi driver Barry Korengold. "Uber surge prices, they price gouge. If the cabs aren't there to bring the price down that's what they're going to do all the time. Our prices are regulated, their's aren't."

The protest was supposed to end at 10:55 p.m. Monday and it appears things were calming down. The cab drivers say they may keep up these demonstrations until they get fair treatment.

Cabs apparently protesting @uber at SFO. Backing up traffic. Makes me never want to use a taxi again. #backfire pic.twitter.com/yF4Nk7agAD