KGO
Apple issued an apology for what it calls a "misunderstanding" over the intentional slowdown of older iPhones -- and offered to take a bite out of its battery replacement charge as a way to show customers it's sorry.

In a statement issued Thursday afternoon, Apple said, "We know that some of you feel Apple has let you down. We apologize."

"First and foremost," the statement continues, "We have never and would never do anything to intentionally shorten the life of any Apple product, or degrade the user experience to drive customer upgrades."

But many customers we spoke to say that's exactly what happened: They purchased new iPhones because their old phones were too slow.

"That's why I always get a new one," said Gregory Condes, who we found outside Apple's store on Chestnut St. "I never knew that this was happening, it's always just that, 'Oh, the new phone's better."

Apple Store shoppers say they appreciate @Apple’s apology for slowing down their iPhones — and many will take advantage of discount battery replacements the company is now offering. pic.twitter.com/YxjI5BB73y

Apple says the motivation wasn't to make users upgrade. As batteries get older, they can sometimes die with no warning, the company's statement goes on to explain -- and slowing down older phones reduces the load on the battery, preventing the spontaneous shutdowns some owners of older iPhone 6 devices were seeing.

"It just goes black. it just shuts down, literally," said iPhone 6 user Joyce Kerins.
"I've been hanging out with my friends and their phones have, like, shut down at 37 percent," said Douglas Condes, Greg's 10-year-old son.

Defending the company's decision, the Apple statement goes on to say, "it should go without saying that we think sudden, unexpected shutdowns are unacceptable."

Apple says replacing the battery will bring the phone's speed back to normal, and as part of its apology, the company will offer a discount for that service.

Starting in late January, battery replacements will be free for phones under warranty and $29 (down from $79) for phones whose warranty has expired. In early 2018, Apple says it will release a software update allowing users to check on the health of their battery and see whether it's begun slowing down their iPhones.

"I think it's kind of shady that they didn't tell the public what they were doing, but I'm glad it's been found out and that they're remedying it," said iPhone user Austin Theobald.

"If it helps speed things up, I would. 'Cause I'm not gonna buy a new phone."

Apple debuts discount watch, but no new iPhones yet 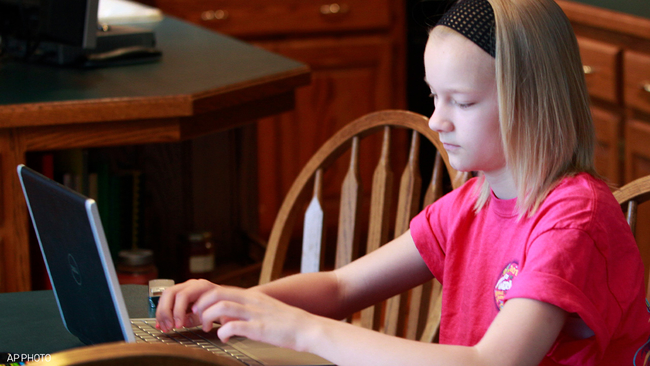