KGO
SAN FRANCISCO (KGO) -- Apple has halted an update to its iPhone operating system while it investigates a couple of pretty serious glitches.

Tech site Gizmodo told iPhone users not to download the update, and that triggered a cascade of complaints in Apple chat rooms. The Cupertino-based company said it would issue its own advice as quickly as possible. Apple is also dealing with complaints that the iPhone 6 Plus is vulnerable to bending.

We should probably start at the beginning. A few years ago, smartphones got bigger. The craze started in Korea, where laptops aren't that popular.

Yoon was at the Silicon Valley K-Tech Conference. He recalls when Samsung made a splash with its first Galaxy Note.

It was ridiculed at first. But later imitated, some say, by Apple.

Millions lined up for the bigger iPhone 6 Plus. But now they've noticed a problem -- it's bendable.

In a video viewed more than 10 million times, Unbox Therapy ruins an iPhone 6 Plus after reports this same thing happened to people who just sat down with the phone in their pockets.

PHOTOS: Is the iPhone 6 Plus bendable? 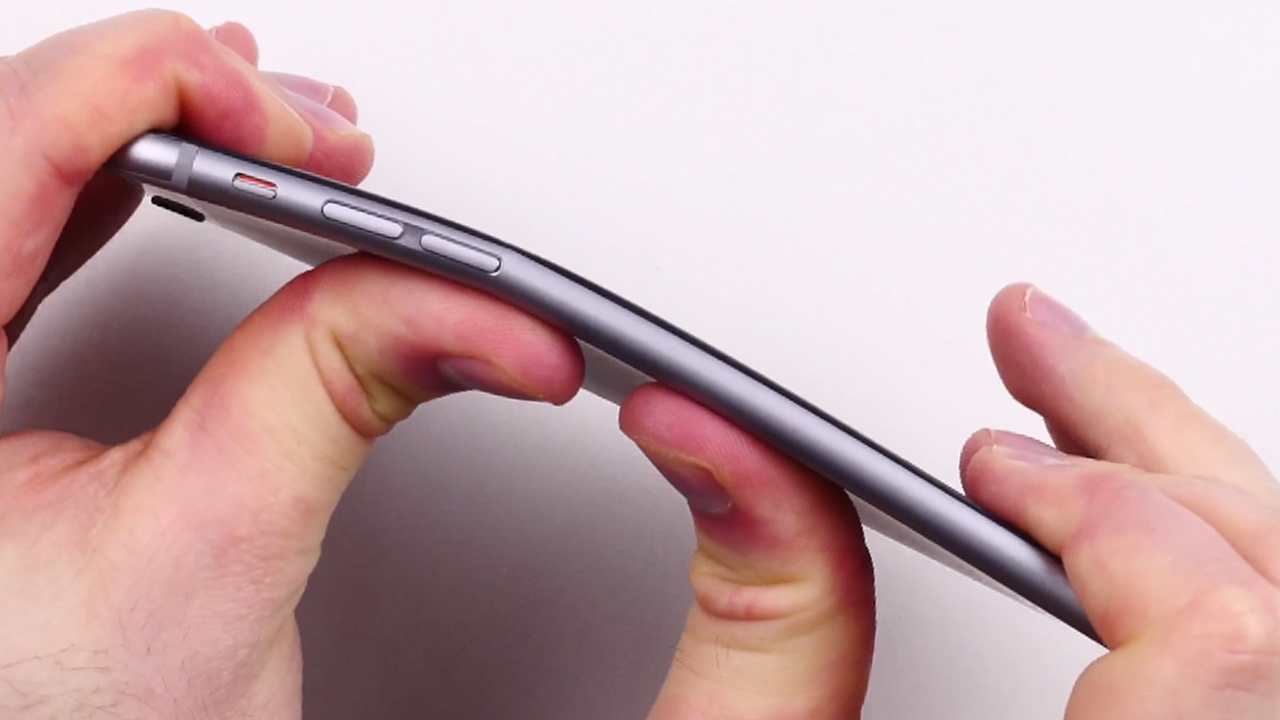 PHOTOS: The iPhone 6 bends in your pocket!
In order to prove claims that the iPhone 6 Plus easily bends if worn in a side pocket, this man records himself bending the phone with just his thumbs.

While companies like Samsung spent years designing curved smartphones, Apple's apparently managed to do it by accident.

But at a conference attended by Apple's biggest competitors, a lot of folks seem inclined to be forgiving about those flexible phones.

"You know, metal is gonna bend if you put enough pressure against it," one person said.

Another added, "The laws of physics are going to prevail here."

But then we asked Samsung about its big phones.

Mistry told us they make sure those materials can take a beating.

"Even the bands on this thing, we mechanically bend them at least a million times," he said.

Unbox Therapy also went back and tested a Galaxy Note. They said, "With the same or maybe more force, this thing hasn't bent at all."

Then again, Samsung's been doing the big phone thing for a while.

Apple's still getting used to it. On Wednesday, they had nothing to say.
Related topics:
technologycupertinosan franciscocomputersbusinesssamsungiphoneipadappleu.s. & worldtabletslaptopsconsumersmartphonesconsumer concerns
Copyright © 2020 KGO-TV. All Rights Reserved.
More Videos
From CNN Newsource affiliates
TOP STORIES