Bitcoin aims to take role as middleman in currency exchange 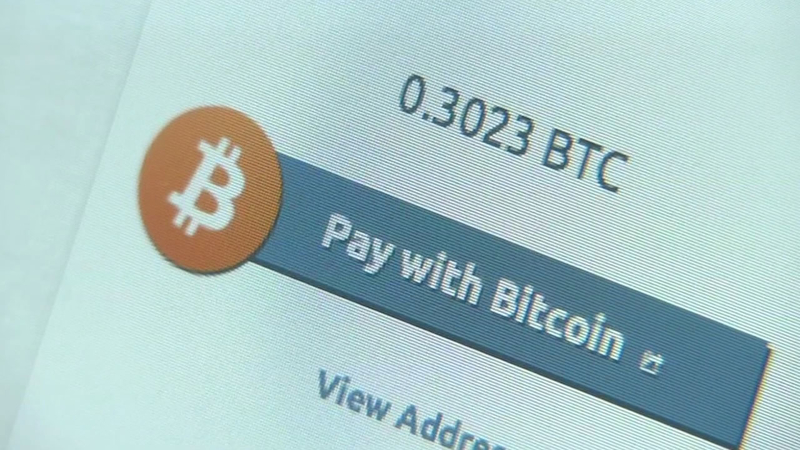 Bitcoin aims to take role as middleman in currency exchange

SAN FRANCISCO (KGO) -- The digital currency bitcoin was the topic of a summit Tuesday in San Francisco even as the value of a bitcoin continues to fall sharply against the dollar. This year's talk at the Yerba Buena Center for the Arts was less about the currency and more about the industry that's sprung up around it.

Last year, at a summit about digital money, an ATM offered people a chance to cash in their dollars in for bitcoins at a rate of over 500 apiece. That same machine Tuesday is selling bitcoins for about half that.

Tim O'Reilly, head of O'Reilly Media, put on this year's bitcoin summit in the face of harsh criticism for the digital currency.

"People keep writing obituaries for bitcon," Andreas Antonopoulos, author of "Mastering Bitcoin," said. "In fact, there's a nice collection of these obituaries online where you can see how many times bitcon has died. Unfortunately for these writers, bitcoin continues to not die."

Even as its value drops, people are using it more, but not usually at bitcoin ATMs and not even at businesses like the Cups and Cakes Bakery that accept bitcoin for payment.

Bitcoin's new role is to replace the middleman.

When people send money to another country, someone has to deal with a currency exchange, either in person, or through a bank that then charges a fee. Bitcoin costs almost nothing to convert, so a bevy of new startups want to use it to cut out the bank.

"You pay it in dollars, they get their pounds, bitcoin was in between because that cuts down on the fees," Roger Magoulas, O'Reilly Media Research.

For some, the greatest value in the technology behind bitcoin has nothing to do with money at all and everything to do with trust. An innovation called the blockchain could make counterfeiting and forgery a thing of the past.

"I can't say I'm giving you $100 and you turn it into $1,000, because we've got this ledger that shows the transactions that happened and we both agreed to," Magoulas said.

That ledger is public, but anonymous. Only individual users have the digital key to prove the transaction is theirs.