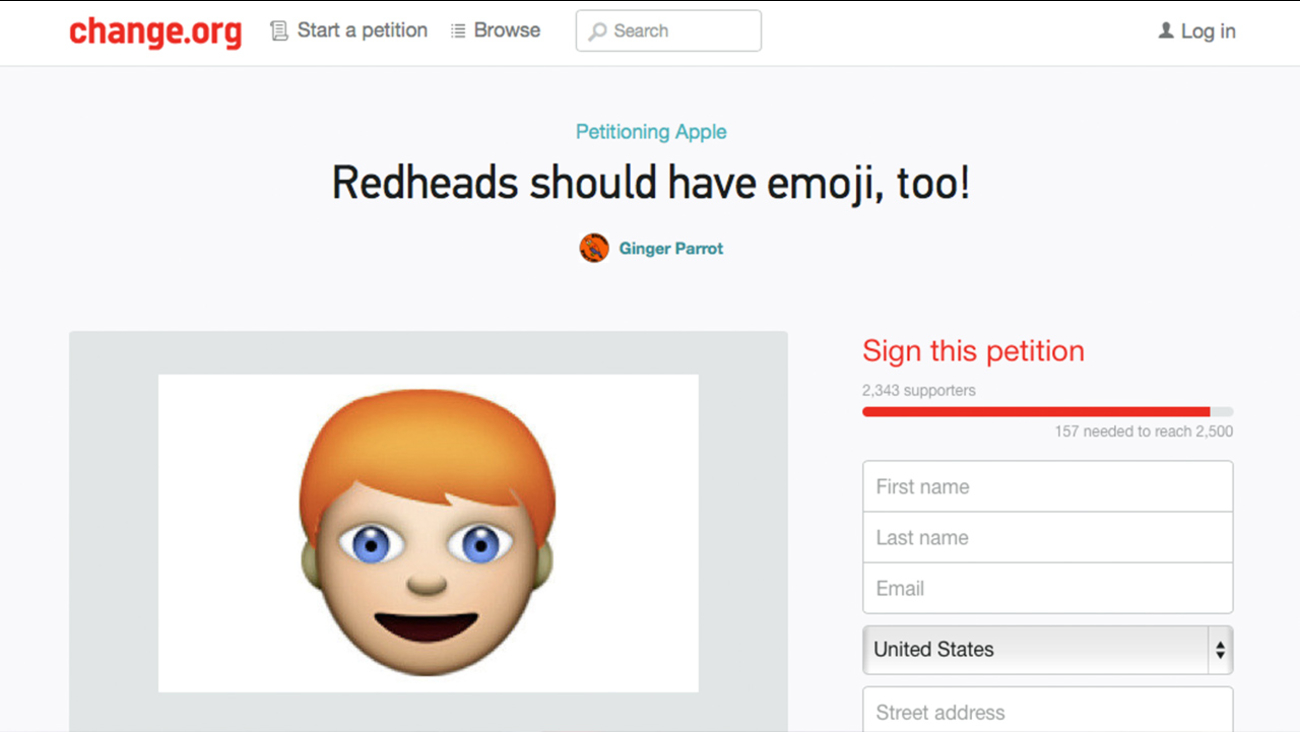 An online petition to Apple is asking for a red head emoji. (Change.org)

Who says that blondes and brunettes get to have all the emoji fun?

A new petition has started directed at Apple, beckoning the tech giant to create and release redhead emoji as part of the next iOS 8.3 update for iPhone. Citing the company's growing efforts to diversify, this redheaded coalition has wondered why gingers have been left out of the emoji mix.

"There's still an important group of people missing from the emoji family of 300 new symbols. Redheads," reads the description for the Change.org petition. "In all their glorious gingerness, they've been missed out. Again. If you say you're going to diversify, why not add a few red-haired emoji in the mix?"

The petition, titled "Redheads should have emoji, too!" currently has over 2,000 signatures. When it hits 10,000, the petition will then approach Apple with their mass of signatures, according to the petition's organizer, Change.org user Ginger Parrot.

Many of the petitions supporters, some from around the globe, have commented expressing their strong desire for a redhead emoji.

"I'm a redhead that loves Emoji," writes Regina Sullivan-Klein of San Francisco, who signed the petition.

"I DESERVE TO BE REPRESENTED BY APPLE," says Jake Gunning of Savanah, Ga.

"I am ginger. I believe that there should be a finger emoji included among the other range of emojis considering they are all different ethnics now as well. Not hard to make a ginger!!!" writes Bethany Boddy from the United Kingdom.

You can see the petition at the link here. Do you think there should be a redhead emoji?