Oakland to get new eSports Arena for gamers 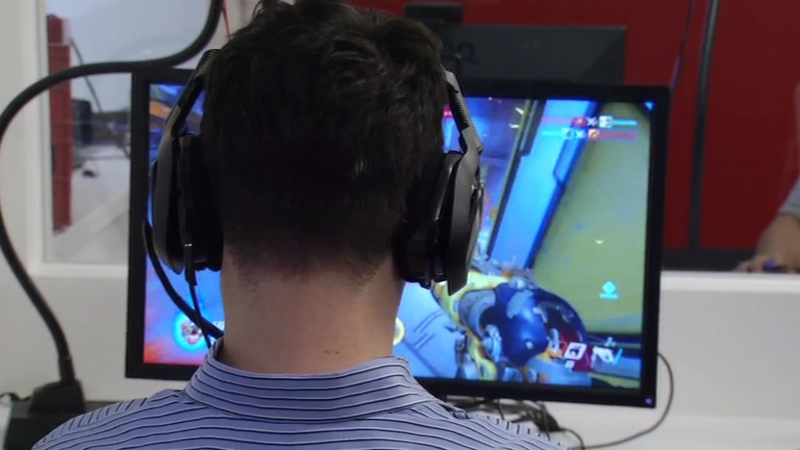 Oakland to get new eSports Arena for gamers

OAKLAND, Calif. (KGO) -- A business that's booming is about to get a new home in Oakland. A 16,000-square-foot arena at Jack London Square will host video gamers.

Teams of five versus five of the top gamers in the world will battle it out in games like "League of Legends" and "Dota 2" on center stage in what will soon be Oakland's new eSports Arena.

Spectators will watch and cheer on their favorite teams and players, much like a sporting event.

The airy glassed in space at Jack London Square adjacent to the Amtrak Station will feature gaming modules, video screens, and the ability to broadcast tournaments around the world.

"They'll watch at home, they'll compete at home, but the natural culmination is they want to gather together and see who's the best," Wong said.

San Francisco-based Twitch will stream the tournaments staged in Oakland.

ABC7 News reported on the eSports craze back in February. Worldwide, the eSports audience is estimated to be nearly 300 million people and by 2019, eSports are projected to rake in $1 billion a year.

Gamers are shocked it took this long to get an eSports Arena in the tech savvy Bay Area. The new 1,000 seat arena will look much one in Orange County and will be financially backed by the same Chinese sports and entertainment companies. There's big money at stake for players. Wins can generate thousands and even millions of dollars.

Like athletes, they are the new media stars. This eSports arena is betting on gamers paying a monthly membership fee and even joining recreational local gaming leagues. The new complex will be ready to blast open a new era in Oakland by the end of the year.
Related topics:
technologyoaklandjack london squarevideo game
Copyright © 2021 KGO-TV. All Rights Reserved.
More Videos
From CNN Newsource affiliates
TOP STORIES