SAN FRANCISCO (KGO) -- There's been a lot of chatter about Tesla CEO Elon Musk apparently smoking weed on the Joe Rogan podcast. Was it inappropriate, or simply much ado about nothing?

TechCrunch Editor-At-Large Josh Constine calls the Bay Area the heart of the counterculture movement and says: "This is where a lot of the craziest ideas turned into the biggest businesses got started, and a lot of times, that takes thinking outside the box."

ABC7 News spent the day at TechCrunch Disrupt at Moscone Center West, where some of the world's brightest entrepreneurs gathered to pitch and/or learn about new ideas and concepts. More than 10,000 people attended this year's three-day event.

"We're trying to solve problems and do like great things in this world, so that people can be happy and live a better life," said Shrey Malhotra, Orby Founder and CEO.

#SiliconValley culture: good or bad? Talking about it with Los Gatos native @KariByron from @MythBusters at @TechCrunch Disrupt! #SanFrancisco pic.twitter.com/JVvxMCKngI

But does a desire to do good outweigh the expectation of acting responsibly? Tammy Cho, co-founder of BetterBrave, a nonprofit organization aimed on combating sexual harassment in the workplace, says many in the Bay Area tend to view tech leaders as role models.

Kari Byron (formerly of Mythbusters) is Chief Creative Officer at SmartGurlz Toys and says it's important for those in the industry to not get side-tracked.

"We're trying to empower young girls to stay interested in tech so that we have even more of a supply of really informed STEM-educated women who are going to go out in the field and help change the entire culture," Byron said.

"With a smaller start-up, you have more control over the culture, and I think those are the ones that are going to be pushing things further, so rather than looking to the big tech giants to change, we should look to the small companies to force them to," says Constine.
Report a correction or typo
Related topics:
technologysan franciscostartupteslaelon muskbusinessculture
Copyright © 2021 KGO-TV. All Rights Reserved.
RELATED
Tesla shake-up after CEO Elon Musk smokes marijuana during interview 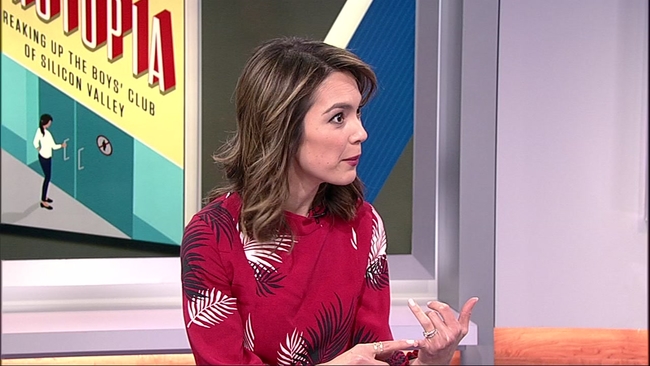