TechCrunch Disrupt gets a visit from 'Silicon Valley' star

KGO
SAN FRANCISCO (KGO) -- TechCrunch Disrupt, the biggest startup-focused tech conference of the year, is filled with Silicon Valley's rising stars - but the one with all the cameras pointed at him is a star in the fictional "Silicon Valley" - that is, the TV series.

"I'm just, like, cataloging the quirks and imperfections of everyone I meet," said Zach Woods, who plays Jared Dunn on the HBO series.

Woods came to the conference on its opening day for a meet-and-greet inside PWC's booth. He's been to TechCrunch Disrupt before - if you count the one crafted for television by "Silicon Valley" production designers. This is his first time attending the real thing.

"This is a real adrenaline shot to the jugular," he said of the bustling floor known as Startup Alley. "And the fictional one was comparatively sleepy."

Startup Alley, where many fledgling companies launch publicly for the first time, is no longer just an alley. Divided into districts based on each startup's business sector and country of origin, entrepreneurs stand shoulder to shoulder, pitching investors and journalists at tiny high-top tables draped in black tablecloths.

"For a lot of the (venture capitalists) who are walking around, it's essentially a shopping mall of potential investments," said TechCrunch editor Jordan Crook, who emceed the event.

Crook added that the explosive growth of the conference reflects a shift in the economy as a whole.

"Tech is touching everything now," she said. "There is no such thing as the tech sector. It's just business."

Indeed, businesses of all types are turning to robots like those on display at the entrance to Startup Alley. A solar-powered robot that weeds gardens, an underwater inspection robot that never needs to come up for air, and a rolling sidewalk delivery robot named Robby were all on display.

"We actually think robots are going to create jobs in the long run," said Dheera Venkatraman, one of Robby's co-founders, and added that his own firm is now hiring.

Always seeking the humor in tech, Woods quipped, "Someone just mentioned a robot that sang 'Frozen.' I think i now know what tonight's nightmare is going to be."

Whether it's nightmares or any other common condition, a whole section of Startup Alley wants to cure it. Multiple startups aim to bring healthcare to you at home -- saving you a trip to the doctor, the lab or the drugstore. They offer urine tests that are delivered on postcards and analyzed by smartphone, a tiny box that performs common blood tests, and an organic tampon delivery service with free shipping.

In a room full of entrepreneurs for cold, hard cash, Woods said he finds humanity in the odds: History says 90% of these startups will fail. That's what he says makes it such fertile ground for comedy.

"Rooting for underdogs makes it more palatable, I think - in that it allows people to sympathize with the people in the world of Silicon Valley, while also acknowledging what's ridiculous about it."
Report a correction or typo
Related topics:
technologysan franciscogadgetswearable techcomputersbusinesseconomysocial mediasilicon valleyinvestingmobile appjobssmartphonesapps
Copyright © 2021 KGO-TV. All Rights Reserved.
COMPUTERS 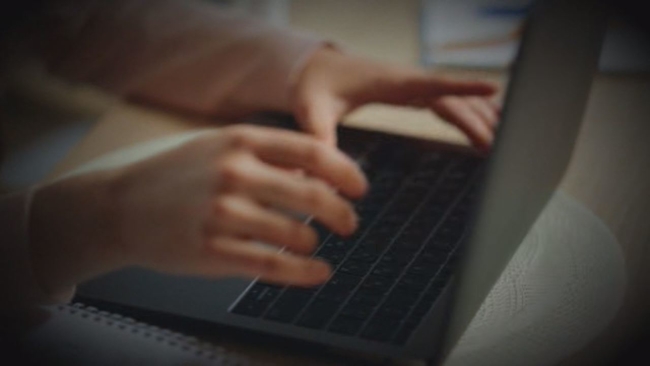