The renovated app released Thursday for iPhones and Android devices will include an option called "Account Key" that allows people to sign into their email accounts by pressing on a notification sent to their smartphones instead of typing in a password.

Yahoo believes the new feature will be more secure because most people rely on passwords that are easy for hackers to guess. Yahoo's email users can still continue to type in a password if they prefer.

The Sunnyvale, California, company wants to change the way Internet security works because Yahoo "is synonymous with the Internet in many countries," said Jeff Bonforte, the company's senior vice president of communication products. "We always feel a burden of consumer protection."

Although Yahoo email remains among the world's most popular, it has been eclipsed in recent years by Google's Gmail. Yahoo's email had 190 million users in August, a 16 percent decline from the same time last year, according to the research firm comScore. Gmail boasted 411 million, a 5 percent increase.

The updated app also will make it possible to connect Yahoo email with competing services from Outlook.com, Hotmail and AOL. The company hopes to make the app work with Gmail eventually, though it isn't giving a timetable for making it happen.

An update to the Gmail app earlier this year allowed its users to connect with Yahoo email and Microsoft's Outlook.com.

The app update is important to Yahoo Inc. because more than half of its email users primarily check their messages on mobile devices. Email users also are an important source of traffic at Yahoo's other major services, including sports, entertainment and finance that help sell the advertising that generates most of the company's revenue. 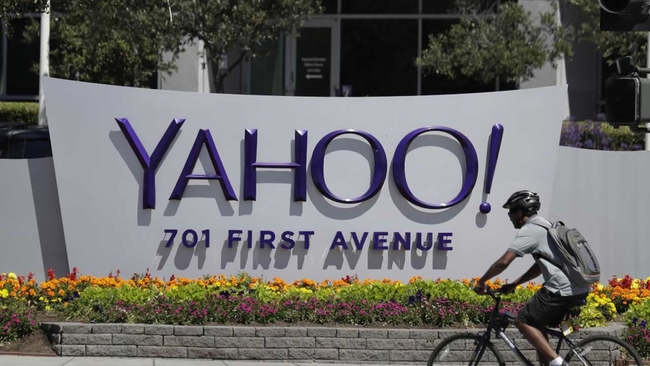